Shah's scheduled rally in Jadavpur was called off on Monday after the state govt denied him permission to land his chopper. 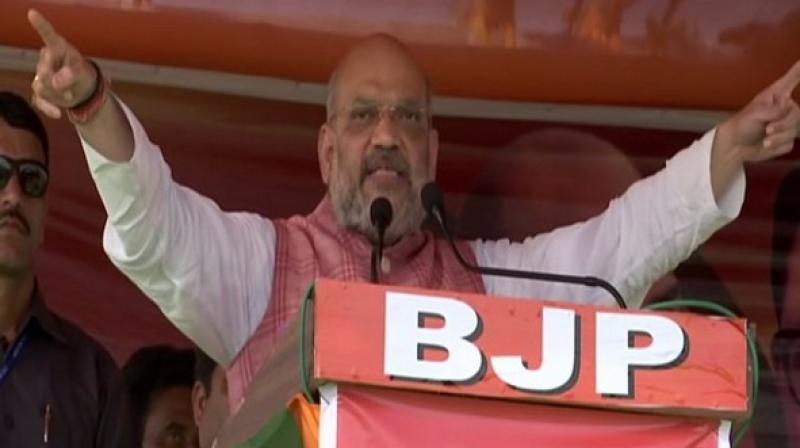 Canning: BJP national president Amit Shah on Monday dared West Bengal Chief Minister Mamata Banerjee to arrest him for chanting "Jai Shri Ram", claiming that the TMC supremo can stop him from attending rallies in Bengal, but won't be able to stop BJP's victory march in the state.

Addressing a rally at Canning, which comes under Joynagar Lok Sabha constituency, he said, "Mamatadi gets angry if someone chants Jai Shri Ram. I am chanting Jai Shri Ram here today. If you (Mamata) have the guts, arrest me. I will be in Kolkata tomorrow."

Hitting out at the TMC government over denial of permission for his chopper to land in Baruipur, Shah said, "The Mamata Banerjee government is visibly perplexed. She wants to stop me from attending rallies. The TMC can stop me from addressing rallies, but can't stop the victory march of BJP in Bengal."

Shah's scheduled rally in Jadavpur Lok Sabha seat was called off on Monday after the state government denied him permission to land his chopper and hold a public address at Baruipur.