Ahir also said the Communist Party of India, in order to oppose the Bharatiya Janata Party, has gone against the entire nation. 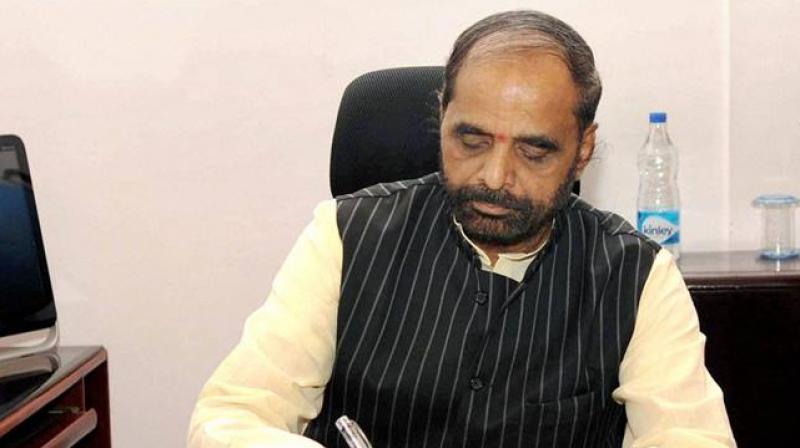 New Delhi: Condemning Communist Party of India (Marxist) leader Brinda Karat for extending support to Congress leader Sandeep Dikshit's remark that Army Chief General Bipin Rawat was behaving like a street thug, Minister of State for Home Affairs Hansraj Ahir on Tuesday said such "statements are against the nation and are an unforgivable crime."

Talking to ANI, Ahir said the Communist Party of India (CPI), in order to oppose the Bharatiya Janata Party (BJP), has gone against the entire nation.

"Rahul Gandhi has himself condemned the statement made by Sandeep Dikshit. It is wrong that after the entire nation has disregarded Sandeep Dikshit's statements, the CPI is supporting that ideology. Nothing can be expected from them," he said.

"The Army Chief should be supported by the citizens of India on his actions and steps taken in order to protect the nation. While trying to oppose the BJP, they have opposed the entire nation. These statements are against the nation. I think this is against the country. This is an unforgivable crime," he added.

"I think Sandeep Dikshit has already apologised for the comment he made. That comment was made in a specific context and the matter should end there. But it is a matter of concern generally that the present Army chief's statements result in controversy because the statements itself are quite objectionable," Karat said.

Karat further said that General Rawat was undermining the status of his post while making such controversial statements.

"I think there is a need for self restraint as far as the chief of our army is concerned," she added.

Sandeep Dikshit came under the scanner after he remarked that General Rawat was behaving like a "sadak ka gunda" (street thug).

His statement came in response to General Rawat's remark that the Army was "fully ready for a two and a half front war".

Meanwhile, the Centre has demanded an apology from the Congress chief Sonia Gandhi and asked her to clarify her stand on remarks against the Indian Army.

"It shocks us. It did not come from a somebody from Congress, but from a very eminent Congress leader," Union Commerce Minister Nirmala Sitharaman said.

However, Congress leader Sandeep Dikshit has tendered an apology for the second time, saying he shouldn't have used ‘uncivilised’ words to convey his message.

"It was a statement given to you (ANI) only and it was in the context of the constant statements that the Army Chief has made with regard to the army's preparation and Pakistan. I thought Indian Army chiefs normally don't make these statements and they have a different manner in which they approach," Dikshit said.