Chandrakant Kavlekar, the former leader of opposition, has sworn in as deputy Chief Minister. 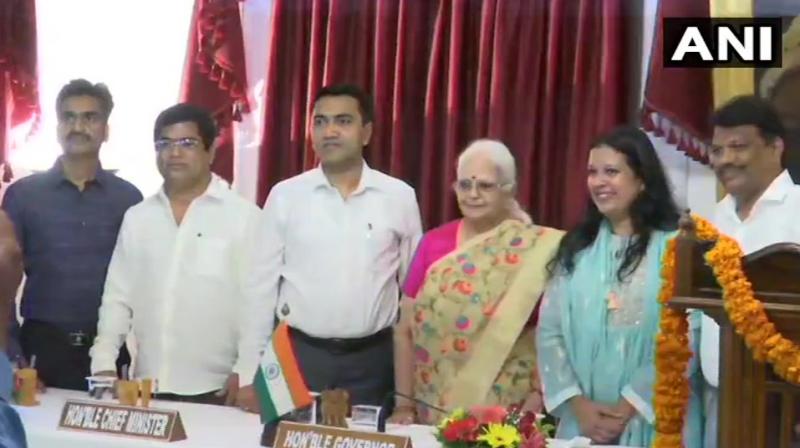 The newly inducted ministers include Filipe Nery Rodrigues, Jennifer Monserratte, and Chandrakant Kavleka, who are three out of the ten MLAs who joined BJP from Congress recently.

Chandrakant Kavlekar, the former leader of opposition, has sworn in as deputy Chief Minister.

In a last minute development, former Congressman Atanasio Monserrate who was widely anticipated to be given a portfolio stepped aside and his wife Jennifer was made Minister in his place.

On Thursday, 10 Congress legislators, led by the leader of opposition Chandrakant Kavlekar, joined the ruling BJP, increasing its strength to 27 in the 40-seat house.