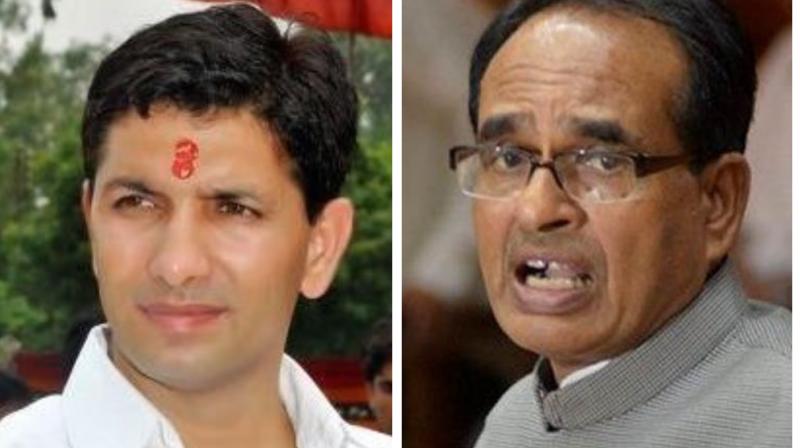 Patwari's comment came in response to Chouhan’s statement where he lauded the government's decision to revoke Article 370 of the Constitution, that granted a special status to Jammu and Kashmir. (Photo: Twitter | PTI)

“You are busy flattering the Prime Minister and Home Minister to protect your existence in the BJP after it was dislodged from power in MP. You should keep the MP’s dignity in mind. You were the chief minister for 13 years. People knew they had elected a CM but they did not they have elected a sycophant,” the Congress minister Jitu Patwari tweeted on Tuesday.

Patwari's comment came in response to Chouhan’s statement where he lauded the government's decision to revoke Article 370 of the Constitution, that granted a special status to Jammu and Kashmir.

"Earlier I used to consider Modi and Shah as my leaders, but now I worship them after this decision" Chouhan said.

Earlier, Chauhan blamed the country's first prime minister Jawaharlal Nehru for Kashmir's problem and called him a criminal. "The whole of Kashmir would have been ours had Nehru not declared a ceasefire," he had said.

Clarifying the statement later, Chouhan said: "Whatever I had said on Pandit Nehru, I said with full responsibility. The mistake done by Pandit Nehru on Jammu and Kashmir has now been undone by Prime Minister Modi."

In another tweet, Patwari said he had no objection even if he washes feet of Modi and Shah and drinks it. His repeated attacks on Nehru, however, shows his “mental bankruptcy”.

A few days ago, Digvijaya Singh also hit out at Chouhan for blaming Nehru for the Jammu and Kashmir crisis. Congress leader and the former chief minister  said that Shivraj is "not even the dust of Nehru's feet and he should be ashamed.''