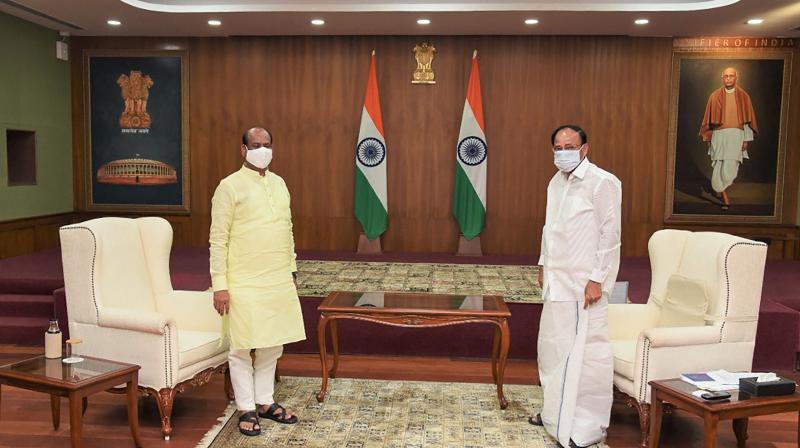 New Delhi: Alleging that the Congress and its allies, along with other parties, had pre-decided not to allow Parliament to function, the government on Thursday demanded the Opposition should “apologise to the nation” for what had happened in the just-ended Monsoon Session of Parliament.

A day after the session was curtailed two days early due to the Opposition's continual protests and sloganeering over the Pegasus snooping case and the three controversial farm laws, that also led to ugly scenes and unruly behaviour from some Opposition members, the presiding officers of both Houses — Speaker Om Birla and vice-president M. Venkaiah Naidu — held a meeting where they expressed “deep concern” over the disruptive behaviour of some parliamentarians and “strongly felt that such unruly behaviour should not be tolerated and action should be taken”.

The government also rebutted the allegations by NCP supremo Sharad Pawar that “outsiders” had been called in to “manhandle” Opposition members, including women MPs.

Opposition leaders, however, took out a protest march against the government on several issues, including Pegasus and alleged manhandling of their MPs in Rajya Sabha.

Congress leader Rahul Gandhi said the voice of people was “crushed” in the House, and added that the voice of 60 per cent of Indians was silenced as the Opposition was not allowed to speak and termed it as a murder of democracy.

The protest comes a day after the passage of bills in Rajya Sabha amid charges of manhandling of Opposition leaders.