Bigger artists like Akshay Kumar should have come forward for Mumbai: Sena 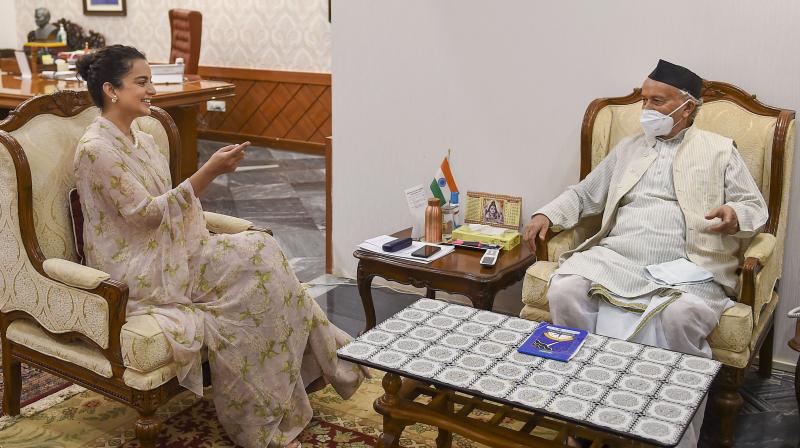 The Shiv Sena has now trained guns on actor Akshay Kumar asking why other Bollywood stars are silent about the conspiracy to defame Mumbai.

“Not all, but at least half of them should have expressed their views about Mumbai’s defamation and said Kangana Ranaut’s stand was not that of the entire Hindi film industry. Is Mumbai only for making money to them?” asked Sena MP Sanjay Raut.

Mumbai has given them everything. The bigger artists like Akshay Kumar should have come forward for Mumbai. But they feel pain when it comes to expressing gratitude for Mumbai, he said in his weekly column Rokhthok (forthright) in the Sena mouthpiece Saamana on Sunday.

Referring to Kangana’s statements, Raut said, “An actress calls Mumbai as Pakistan. She uses derogatory language against the Chief Minister of Maharashtra by sitting in Mumbai, but the people of the state should not react on it. What kind of one-sided freedom is this?”

The Sena MP alleged that there are systematic efforts to undermine the importance of Mumbai. Its continuous defamation is a part of this conspiracy. Some people think that Maharashtra will automatically collapse by damaging the glory of Mumbai, he added.

Raut also slammed the Maharashtra BJP for supporting Kangana in this matter. “It is really unfortunate that the BJP, which is the main opposition party in the state, has stood behind the actress, who has called Mumbai as Pakistan and BMC as Babar. They want to win elections in Bihar by backing Kangana. For this, it is okay for them to insult Maharashtra. Not a single Marathi Union minister in Delhi has felt bad about Maharashtra’s insult, he said.