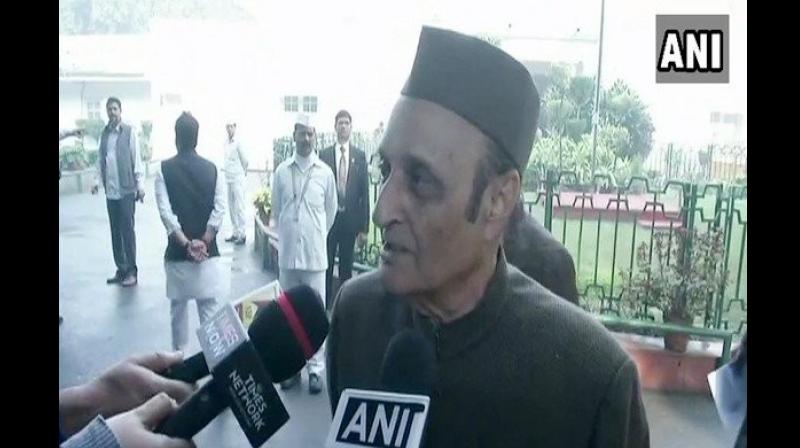 Lucknow: Amidst growing demand for a Rama statue in Ayodhya, Congress leader Karan Singh has written to Uttar Pradesh Chief Minister demanding a statue of Sita along Lord Rama.

In a letter, Karan Singh said, "If you have taken the decision to construct a magnificent idol of Lord Rama, then it is better to reduce the height of Rama statue to half and build a couple statue of both Rama and Sita instead."

"After her marriage, Sita came to Ayodhya but soon after had to go on 14-year exile and there she was kidnapped by Ravana, and even after being saved by Rama, she had to undergo the 'agni pariksha' and then she again had to go to exile to an ashram," wrote Singh in his letter.