'Will not apologise, BJP want to deflect attention': Rahul over 'rape in India' remark row 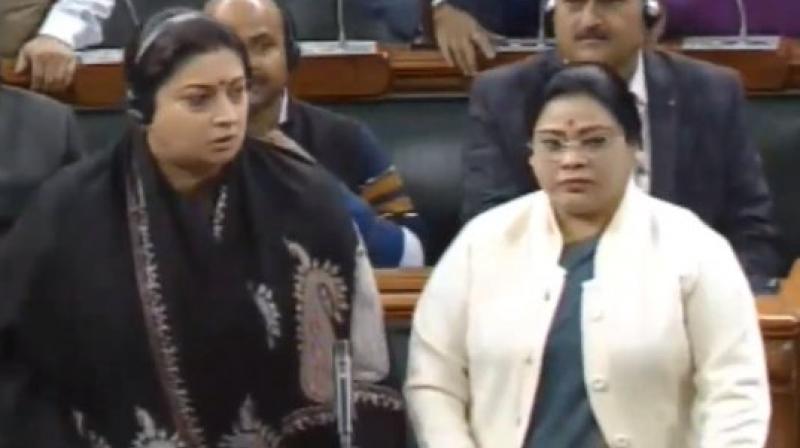 New Delhi: The Lok Sabha and the Rajya Sabha on Friday witnessed uproar as BJP lawmakers demanded an apology from Congress leader Rahul Gandhi over his "rape in India" remark.

Amid the ruckus, Parliamentary Affairs Minister Pralhad Joshi said in the Lower House, "Rahul Gandhi is telling rape in India and it means what? He is asking all the outsiders to come and rape women. Is it right?"

Union Minister Smriti Irani, who defeated the Congress leader in his home bastion Amethi in 2019 Lok Sabha poll, said: "This is the first time in history that a leader is giving a clarion call that Indian women should be raped. Is this Rahul Gandhi's message to the people of the country?"

In a quick response, Rahul Gandhi said: “I will not apologise. BJP just want to deflect attention from protests in North East.”

Ally DMK's Kanimozhi sided with Gandhi and defended his remark in the House. "PM said 'Make in India', which we respect, but what is happening in country? That is what Rahul Gandhi intended to say. Unfortunately, 'Make in India' is not happening and women in the country are being raped. This is a concern." she said amid pandemonium.

A similar scenario was witnessed in the Upper House with BJP members raising slogans of, "Rahul Gandhi maafi maango" (Rahul Gandhi, apologise)." House Chairman and Vice President M Venkaiah Naidu, however, quelled the protests by asking members to not disturb the proceedings.

"You cannot take the name of a person who is not a member of this House. Nobody has the business to disturb the House," said Naidu. Soon after, he adjourned the Rajya Sabha till 12 noon.

Addressing a poll rally in Jharkhand on Thursday, Gandhi had said Prime Minister Narendra Modi had launched 'Make in India' but nowadays it is 'Rape in India'.

"Narendra Modi had said 'Make in India' but nowadays wherever you look, it is 'Rape in India'. In Uttar Pradesh Narendra Modi's MLA raped a woman, then she met with an accident but Narendra Modi did not utter a word," he had said.