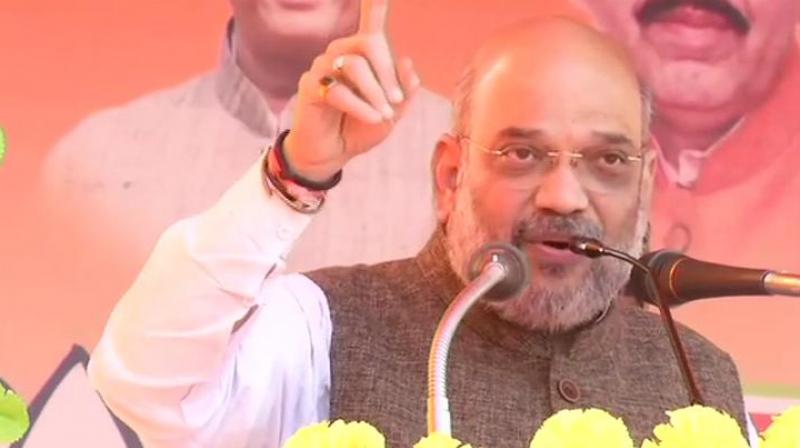 Shah's barb was in reaction to Pawar's claim that late BJP leader Manohar Parrikar quit defence ministry because he did not agree with the Rafale jet deal. (Image: ANI twitter)

New Delhi: BJP president Amit Shah on Sunday accused NCP chief Sharad Pawar of spreading falsehoods, claiming that he was doing so because of his party's falling fortunes and family fights over seats.

Shah's barb was in reaction to Pawar's claim that late BJP leader Manohar Parrikar quit defence ministry because he did not agree with the Rafale jet deal. "Being a former Defence Minister yourself, one expected better from you Pawar Sahab! Your party's falling fortunes and family fights over seats is making you nervous and spread falsehoods," Shah said in a tweet.

The BJP chief added, "Talking of quitting, remember why you quit Congress and what you did thereafter?" Shah was apparently referring to Pawar quitting the Congress in 1999 after raking up Sonia Gandhi's foreign origins and her credentials to lead the party. Pawar formed Nationalist Congress Party but soon joined hands with the Congress to form government in Maharashtra.

Recently Pawan had claimed that Parrikar returned to Goa and quit as defence minister as he did not agree with the Rafale deal, in which the opposition has alleged corruption.

Parrikar, who died last month of cancer, had said that he always wanted to work in Goa. He returned as the state's chief minister after the assembly polls in 2017 amid demands by BJP's allies that he should be leading the alliance government.