Maneka Gandhi is the BJP candidate from Sultanpur in Uttar Pradesh in the ongoing general election. 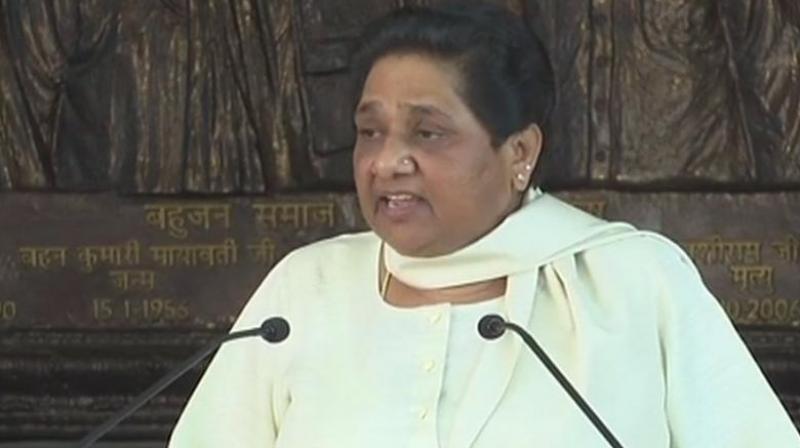 Mayawati said taking inspiration from Ambedkar, her party was working for all sections of the society. (Photo: ANI/Twitter)

In a tweet, the former Uttar Pradesh chief minister said, "The statement of BJP chief Amit Shah that the BSP remembers Babasaheb Ambedkar only during elections is untrue and mischievous." Describing the BSP as a movement, Mayawati said taking inspiration from Ambedkar, her party was working for all sections of the society.

In another tweet, she said, "BJP leaders have now forgotten development, black money, corruption, poverty, unemployment and farmers. Now they have started raking up patriotism and national security...but after being unsuccessful in that, they are now threatening the voters like it was done by Maneka Gandhi, which is highly condemnable." In a controversial remark, Union Women and Child Development Minister Maneka Gandhi recently told Muslims to vote for her as they would need her once the Lok Sabha polls were over.

She is the Bharatiya Janata Party (BJP) candidate from Sultanpur in Uttar Pradesh in the ongoing general election.