Political will was lacking to retaliate 2008 Mumbai terror attacks: Sitharaman

Sitharaman said that India was better off in every aspect under the leadership of Prime Minister Narendra Modi. 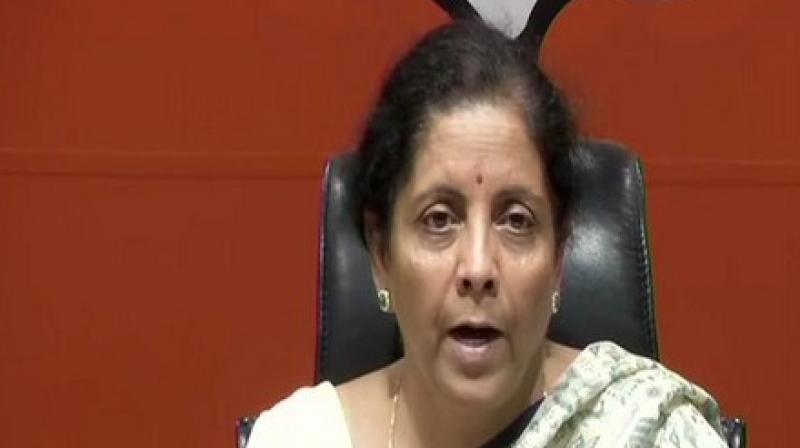 Sitharaman said that the current 2019 Lok Sabha elections are a crucial one for the country. (Image: ANI)

Bengaluru: Political will was lacking to retaliate the terror attacks in Mumbai in 2018, said Defence Minister Nirmala Sitharaman here on Sunday, while accusing the Congress party of ‘politicising the armed forces.’

“Nobody wants to politicise armed forces but is it wrong to highlight after Mumbai terror attacks in 2008, then Central government did not give free hand to armed forces to act against the perpetrators of the heinous act. The political will was lacking,” she said while speaking at an event here.

“As a result, we had continuous threat and attacks by non-state actors from across the border with a complete backing of Pakistani agencies,” said Defence Minister Sitharaman.

The 2008 Mumbai attacks, also referred to as 26/11, had been carried out by 10 terrorists, belonging to Pakistan-based Lashkar-e-Taiba. At least 174 people were killed in a series of 12 coordinated shooting and bombing attacks, which had lasted four days across Mumbai. Nearly 300 others had been injured in these attacks.

“Today in a horrible incident like Pulwama, where a suicide bomber takes the life of 40 of our soldiers, the country felt is this what we are capable of, repeatedly getting attacked, of getting bombed without taking action against the people responsible. There was a similar feeling in 2008.”

“No action was taken then. Action is being taken now. Political will based on sound intelligence information gives the freedom to armed forces to take necessary action as they deem fit,” she said.

Talking about how the current NDA government is different from the Congress-led UPA dispensation, she said that there were multiple problems like soaring prices of pulse, inflation, and corruption which led to the Congress’ defeat in 2014 Lok Sabha polls.

“The economy was under severe strain. Prices went beyond everyone’s control. The pulse prices soared to Rs 150-200 a kg. Corruption was in every sector. The government was not able to act. That was the kind of ruling party you had in 2014. Now we have proven ourselves to you in the last five years. Not once did the inflation go up. The prices remained constant,” she said.

Citing the example of how India has become self-sufficient in the production of pulses, Sitharaman said that India was better off in every aspect under the leadership of Prime Minister Narendra Modi because of his far-sightedness and his resolve to weed out problems from their roots.

“Prime Minister Modi does not look for temporary solutions. He is inherently the kind of leader who is looking for a long term solution. Be it making India an open defecation free (ODF) country where every house has a toilet or giving a house to every Indian by 2022.”

“His visions are long-term. For 2047, when India will celebrate its 100th year of Independence, PM Modi has summarised India shall be out of this developing country jargon,” she said.

Without naming any Congress leader, she referred to “a spurious website” which had questioned the efficacy of electronic voting machines (EVMs), and which recently also claimed that during demonetisation “some fantastic amount of Indian currency” was printed somewhere outside and brought in by the Indian Air Force to Hindon airport.

Asserting that India is on the path of change under the leadership of Prime Minister Modi, she said that the current 2019 Lok Sabha elections are a crucial one for the country.

“Each election is important in its own way, but this election of 2019 is very critical and crucial. Therefore, I underline the importance of 2019 being historically very important. It is happening at a time when India’s youths are more in number than the middle-aged and senior citizens,” she said.