Amit Shah to focus on talks with farmer unions 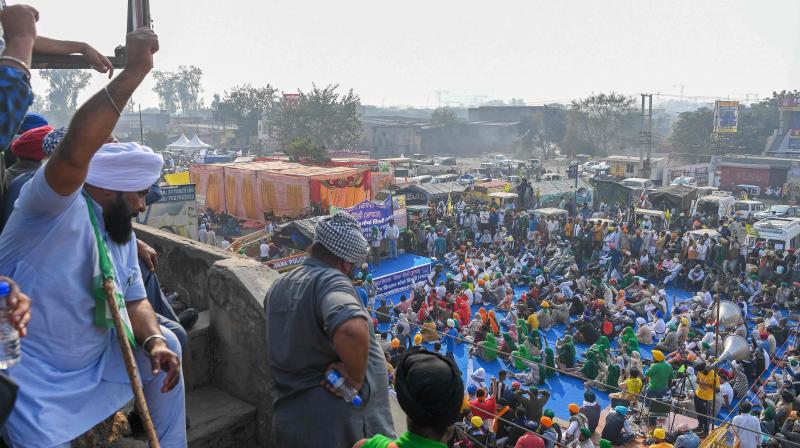 New Delhi: In a bid to break the longstanding deadlock with protesting farmers from Punjab and Uttar Pradesh who have been camping at Delhi’s borders for over six months, Union home minister Amit Shah may take the initiative to enable the resumption of dialogue between the Centre and the farmer unions. Sources said, however, that while the home minister may not directly hold talks with the farmers himself, this could largely be done by agriculture minister Narendra Tomar and railway and commerce minister Piyush Goyal, Mr Shah could hold back-channel talks with the farmers to end the deadlock and bring the two sides once again to the negotiating table.

The talks between the Centre and the protesting farmers hit a roadblock in January this year as even after 11 rounds of negotiations no solutions could be reached between the two sides. While the Centre agreed to suspend the three controversial agricultural reform laws for almost two years and even agreed to make all the amendments in the laws that the farmers objected to, the agitating farmer unions remained adamant on a complete repeal of the law.

Since January, no talks have been held between the two sides, though senior government sources now claim that some back-channel talks had started in a bid to break the deadlock. The sources said that even last year the home minister had a detailed meeting with the farmers, and even now his assessment is that the two sides should start talks again.

The farmers are continuing their protest at the three main Delhi borders -- Singhu, Tikri and Ghazipur -- for more than six months now and have hardened their stand that they will not settle for anything less than the scrapping of the three contentious farms laws.

The farmers agitation has an important political aspect to it as elections to the crucial Uttar Pradesh and Punjab Assemblies are due in the next few months. Farmers from Punjab and western UP have been at the forefront of this agitation and the BJP fears it may pay a heavy political price in the two states if this issue remains unresolved.

The sources said that therefore the home minister could play a critical role in the coming days in breaking the ice between the Centre and the farmers’ unions to bring them to the negotiating table. Sources said that a few senior officials were in touch with some of the farmers’ leaders and talks were progressing well to help find a solution.