Coup in LJP; Chirag Paswan gets ejected, uncle in saddle 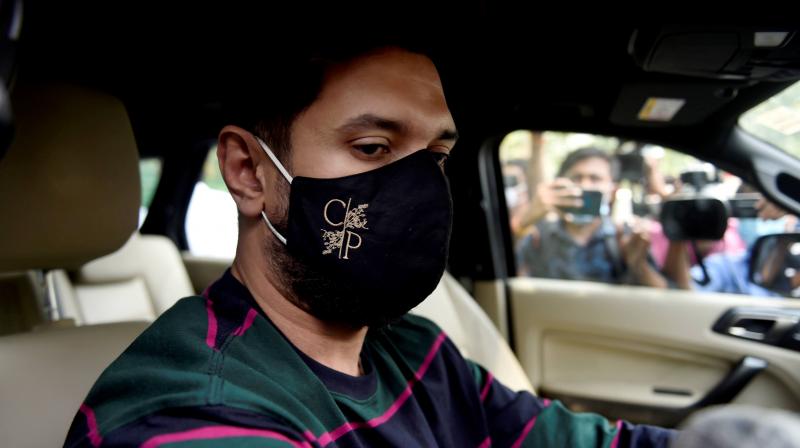 New Delhi: Five of the six Lok Janshakti Party MPs in the Lok Sabha have joined hands against their leader Chirag Paswan and elected his paternal uncle Pashupati Kumar Paras in his place, causing a big churn in Bihar politics.

Paras on Monday lauded Bihar Chief Minister Nitish Kumar as a good leader and "vikas purush" (development-oriented man), highlighting the deep fault lines within the party as his nephew Chirag Paswan has been a strong critic of the JD(U) president.

" I have not broken the party but saved it," Paras, MP from Hajipur, told reporters.

He asserted that 99 per cent of LJP workers were unhappy with the turn of events in Bihar as Chirag Paswan led his party against the JD(U) and fared poorly in the 2020 assembly polls.

Paras said his group will continue to be part of the BJP-led NDA, and said Chirag Paswan can remain part of the organisation.

The group of five MPs has conveyed their decision of electing Paras as the LJP leader in Lok Sabha to the Speaker.

There has been no comment from Paswan on the issue.

Soon after Paras spoke to reporters, Paswan drove to his uncle's residence in the national capital to meet him. Paswan's cousin and MP Prince Raj also stays at the same address.

After spending over 90 minutes at the residence of Paras and Prince Raj, Paswan left without saying a word to the waiting media persons.

It is believed that neither of the two rebel MPs met him. A household help said the two were not at home when the LJP chief arrived.

While the rebel group, which includes MPs Raj, Chandan Singh, Veena Devi and Mehboob Ali Kaiser, has long been unhappy with Chirag Paswan's style of functioning, sources said, the LJP president has now been left virtually isolated at the top after taking on the mantle following his father Ram Vilas Paswan's death in 2020.

Sources close to him have blamed the JD(U) for the split, saying the party had long been working to isolate the LJP president after his decision to go all out against Chief Minister Kumar in the 2020 assembly polls.