Having been reduced to zero seats in the 2014 Lok Sabha elections, the Cong is reaching out to its former leaders in a bid to strengthen the party. 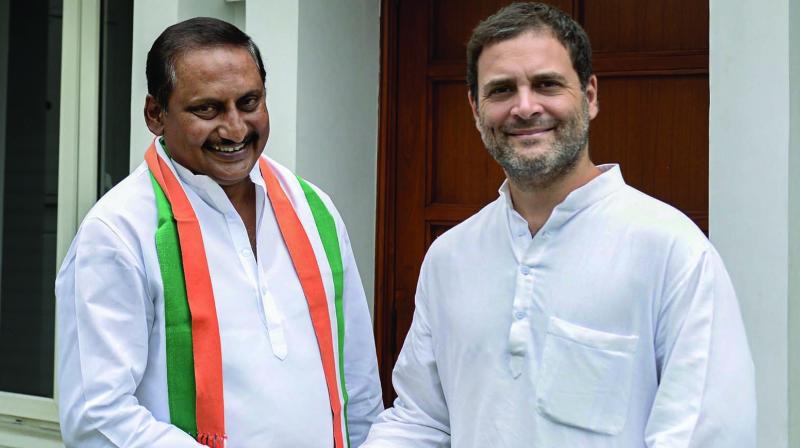 Speaking to reporters after joining the Congress, Mr Reddy asserted that unless a Congress government comes back in Delhi, justice will not be done to the states of Andhra Pradesh and Telangana.

Having been reduced to zero seats in the 2014 Lok Sabha elections, the Congress is reaching out to its former leaders in a bid to strengthen the party. General secretary in-charge of the Congress for Andhra Pradesh Oomen Chandy, who was also present on the joining of Mr Reddy, said that the joining of the former CM will strengthen the party. Mr Reddy, who succeeded K. Rosaiah as chief minister, left the Congress in protest against the bifurcation of the state which was a contentious issue at that time.