Gogoi said India has gone through a major election and major decisions could not be taken due to model code of conduct being in force. 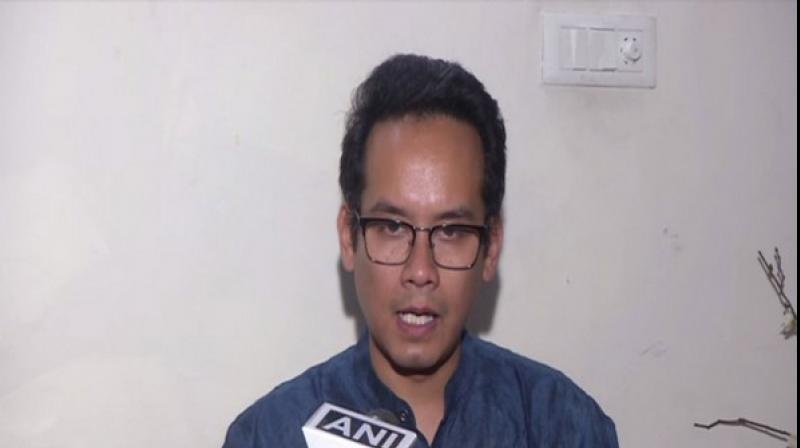 New Delhi: Congress leader Gaurav Gogoi says that BJP-led government is using "all kinds of intimidation and fear" not only against Congress but all major opposition parties to break them and it was becoming a dictatorship.

He accused the government of "not allowing a democratically-elected government in Karnataka to function" and said BJP was "killing federalism" while showing that development was not its priority.

"Look what BJP is doing in Andhra Pradesh with TDP. They are pressurising their Rajya Sabha MPs. They are doing that with Trinamool Congress in West Bengal, they are pressurising their local MLAs, intimidating their local councillors. The same they are doing to Congress in Karnataka and in Goa. Using central machinery, using all forms of intimidation and pressure, not only on Congress but all major opposition parties," Gogoi told ANI in an interview.

He was asked about defections from Congress in Goa, Karnataka and earlier in Maharashtra and if the party was facing problems in holding itself together after the defeat in the Lok Sabha elections.

Referring to Lok Sabha elections, Gogoi said India has gone through a major election and a long election campaign and major decisions could not be taken due to model code of conduct being in force.

"This is the time for respective state governments and respective elected representatives to be allowed to work. Instead of allowing a democratically-elected government in Karnataka to function, elected MLAs to function, the BJP is showing that development is not a priority, stability is not a priority. They want to create political instability and they are (using) all tools at their disposal to break opposition parties," he said.

Asked if Congress should have guarded its MLAs better, he said CBI was raiding houses of those who oppose the government and referred to searches by the agency at the residence of senior Supreme Court lawyer Indira Jaising and her husband Anand Grover.

"Obviously, when CBI is being used in such a manner, do you think political parties can stand up to the might of the Government of India, when it is using political intimidation," he said.

Asked further on the need for the party to guard its MLAs better, the two-time Lok Sabha MP said it was also for people to understand that they should focus on "the way the Government of India is becoming a dictatorship".

"They are hitting at the democratic foundations. They talk about cooperative federalism but in the end they are killing all forms of federalism," he said, adding that media should also introspect about its role.

"The world over we are known as the largest democracy but we will stop being that if this is the way the government intends to use CBI, Income Tax, Enforcement Directorate," he said.

While 10 Congress MLAs in Goa have joined the BJP, Congress and JD(S) MLAs have resigned in Karnataka creating a major crisis for the coalition government.