The minister, during his padyatra, also touched upon domestic issues. 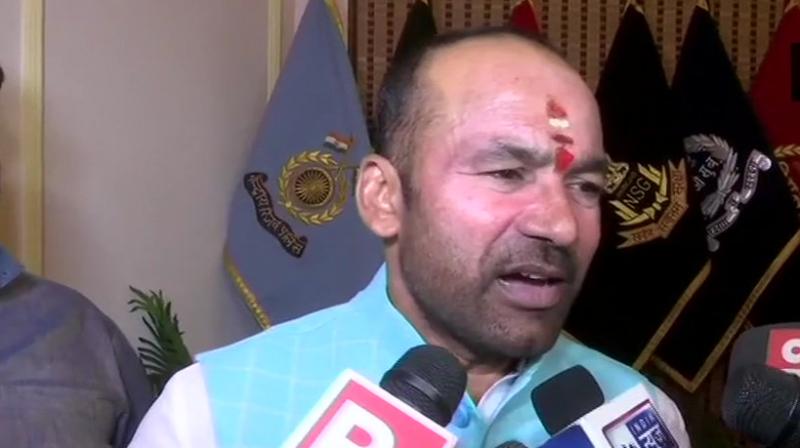 "We from Bharatiya Janata Party we are very clear that we are ready to make peace with Pakistan, provided that they stop encouraging funding terror camps within their nation," Reddy said during a march in his parliamentary constituency of Secunderabad.

"In spite of India and nations of the world making Pakistan understand, to stop helping the terrorists to breed on their soil, but one thing which they have to understand is, this is Narendra Modi government who has zero tolerance for terrorism. And we shall not keep quiet, they try to spread terror" he added.

The minister, during his padyatra, also touched upon domestic issues.

"I would be setting up development office very shortly. There are lot for problems in my constituency of Secunderabad, like drainage, drinking water, bad roads, and lack of street lights. Nothing is correct in the functioning of the state, we shall escalate the issue to the state government," Reddy, a first time MP, told ANI.

"After I was elected from Secunderabad as Member of Parliament, the Prime Minister of India has given me the responsibility of Union Minister for Home State Affairs. Since then after my regular proceedings in the Parliament, Saturday and Sunday whatever time I get, I try spending that time with the people of my constituency. After this padayatra, I will be interacting with the people at Secunderabad, and will try to identify their problems," said Reddy while underlining that there are a lot of problems that need urgent addressing.