Rahul Gandhi quit as Cong prez as he was unable to run it effectively: ex-MP CM

‘That party is filled with ‘fake Gandhis’. That's why people are rejecting Congress in all states,’ Shivraj Singh Chouhan also said. 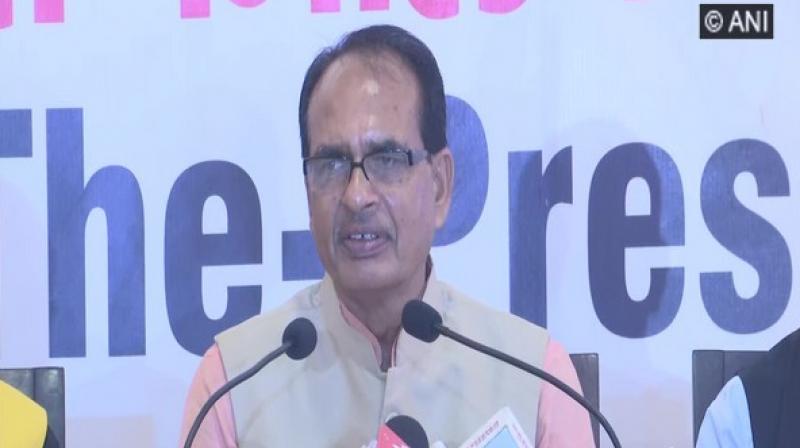 The BJP leader also took a jibe at TDP leader Chandrababu Naidu saying that he wanted to be a national leader but failed miserably. (Photo: ANI)

Speaking to media in Vijaywada, the BJP leader said that Rahul Gandhi has quit as Congress president because he is unable to run it effectively.

"BJP has achieved grand victory in 2019 Parliament elections. The party came from scratch to top in many states. Congress became zero in Andhra Pradesh. TDP is also on the verge of becoming empty. Rahul Gandhi left his party as he is unable to run it efficiently, he escaped from the post of party president," said Chouhan, who is also the president of the BJP membership committee.

Chouhan said that the people are rejecting the Congress party because it is filled with "fake Gandhis".

"Come what may, the Captain should lead his party. Congress presidents in Andhra Pradesh, Telangana and Karnataka also followed his footsteps. Thus, the history of the Congress party came to an end in the country. That party is filled with "fake Gandhis". That's why people are rejecting Congress in all states," he said.

The BJP leader also took a jibe at TDP leader Chandrababu Naidu saying that he wanted to be a national leader but failed miserably.

"Chandrababu Naidu wanted to become a national leader but he miserably failed. Naidu went on slamming Prime Minister Narendra Modi but could not explain what development works he did. That is why TDP also became a sinking ship," he said here.

Chouhan said BJP will not encourage the hereditary politics which is being witnessed in AP.

"Andhra Pradesh is also witnessing hereditary politics, which BJP will not encourage. In Modi's rule, poor people, farmers and women are happy. Modi became an inspiration for world countries by leading the nation to development," he said.

Speaking on BJP's membership drive, Chouhan said that they are planning to strengthen the party from booth level.

"The BJP has set a target of 25 lakh members in Andhra Pradesh. Modi initiated not only the members' registration but saplings plantation program as well. Many leaders are ready to join the BJP," he said.

"Chandrababu Naidu had accepted a special package and left special category status. Accordingly, the centre had provided funds in different forms. The centre gave Rs 17000 crores. But Chandrababu diverted those funds into his pocket. And during the elections, he campaigned against the BJP, which were full of lies," the BJP leader added.