India   Politics  14 Jul 2021  All-party meeting to be held on July 18 ahead of Monsoon session of Parliament
India, Politics 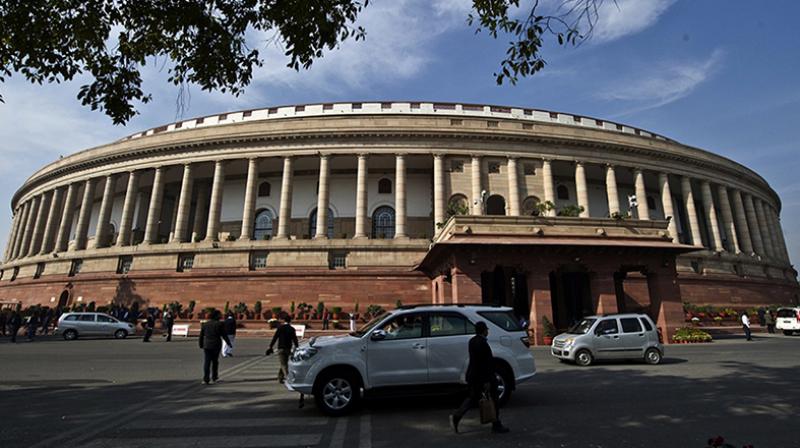 An all-party meeting is a customary procedure before the beginning of every session of Parliament to ensure its smooth functioning. (Photo: AFP/file)

New Delhi: Ahead of the monsoon session of Parliament, an all-party meeting will be held on July 18, informed sources said on Wednesday.

Union Parliamentary Affairs Minister Pralhad Joshi has called an all-party meeting at 11 am on July 18 in which Prime Minister Narendra Modi is likely to be present.

Lok Sabha Speaker Om Birla will also chair an all-party meeting of the floor leaders of the lower house of Parliament on July 18.

Earlier at a press conference, Birla said, "In view of the COVID-19 pandemic, all arrangements to adhere to preventive norms will be followed during the monsoon session."

An all-party meeting is a customary procedure before the beginning of every session of Parliament to ensure its smooth functioning.

The government also has a series of legislations on its agenda in the Parliament session which will conclude on August 13.

Expecting the monsoon session of the Parliament to be stormy amid the second wave of the pandemic, Senior Bharatiya Janata Party leaders held a meeting on Tuesday to deliberate on the party's strategy for the session.

The Opposition is gearing up to corner the BJP-led NDA government on a range of issues including price rise, increasing cost of diesel and petrol and issues related to tackling of COVID-19 pandemic.