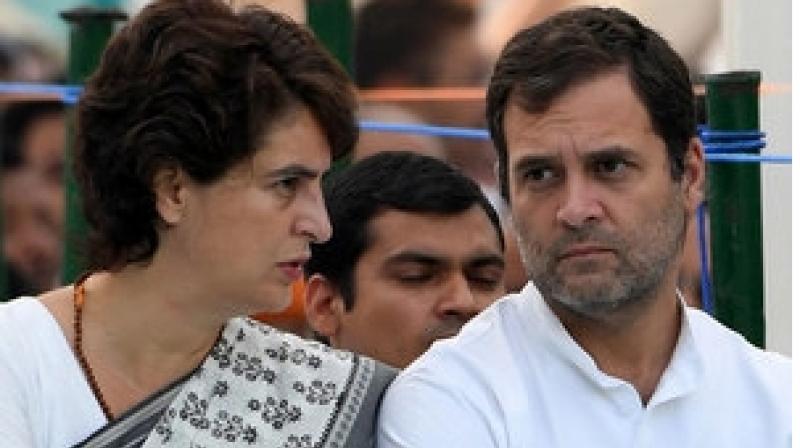 The crisis in Punjab was precipitated after the public utterances of disgruntled Congress legislator Navjot Singh Sidhu against the party’s state government and the chief minister. Sources said the meeting was to assess the position of the Congress in the state as Assembly elections are due early next year. The meeting assumes significance as the Congress is all set to announce a major decision on its Punjab crisis that will pave the way for the coming polls.

Mr Kishor has in the past also given “constructive suggestions” to the Congress leadership. In the 2017 Uttar Pradesh Assembly elections, he was managing the campaign for the Congress-Samajwadi Party alliance. Insiders claim that the Congress high command may once again rope him in to “guide” the party. After the Trinamul Congress’ victory in West Bengal, where he was assisting Ms Mamata Banerjee, Mr Kishor had publicly said he was looking for a future beyond “his present role”.

Rahul Gandhi and Priyanka Gandhi Vadra have met Navjot Singh Sidhu separately in recent weeks. After that, Capt. Amarinder Singh met party president Sonia Gandhi earlier this month to resolve the crisis facing the Congress in the state ahead of the Assembly elections. Capt. Amarinder Singh said after the meeting that they had discussed the development of Punjab and “internal matters of the party”, and that he would follow any decision taken by Mrs Gandhi. The high command has been trying to resolve the Punjab crisis for over a month now. Things have become difficult as Mr Sidhu has been going hammer and tongs on Twitter.

Interestingly, Mr Sidhu’s tirade against the members of his own party continued on Tuesday. In a series of tweets, he said that the Aam Aadmi Party (AAP) had always “recognised” his work and “vision” for Punjab. He further tweeted in Hindi targeting “loyal Congressmen” and the “Opposition”. His tweet said: “If you go to the Aam Aadmi Party, then there is no issue, but if you stay in the Congress there will be an issue.”

Several leaders and former Union ministers have thrown their weight behind the Punjab CM in the tussle between him and Mr Sidhu. Last week Lok Sabha MP from Anandpur Sahib Manish Tewari asked the Congress office-bearers to take note of the utterances of Mr Sidhu as Mr Sidhu has been speaking against the Congress’ state government and the chief minister. Insiders claim that Mr Sidhu is insistent on becoming the state unit chief while Capt. Amarinder Singh has demonstrated to the high command that he has the support and trust of a majority of party legislators but has left the final decision to Congress president Sonia Gandhi.