It is very surprising. Because of the coronavirus pandemic, routine transfers were stayed, he said. 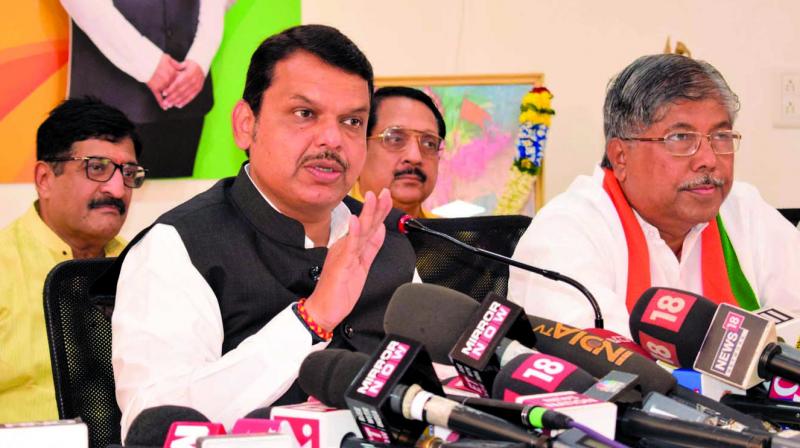 Mumbai: The Maharashtra BJP on Thursday alleged that the ministers in Maha Vikas Aghadi (MVA) have raked in moolah by transferring officials close to them to plum posts. The BJP state president Chandrakant Patil demanded a CID probe into such transfers of officials.

Patil, who was a revenue minister in the Fadnavis government, claimed that despite an order of deputy chief minister Ajit Pawar not to transfer the officials of the finance department, chief minister Uddhav Thackeray led General Administration Department (GAD) lifted the stay on the transfers.

“It is very surprising. Because of the coronavirus pandemic, routine transfers were stayed. But later 15 per cent transfers were allowed and as a result, the ministers in the MVA government transferred officials close to them to plum postings. The huge amount of money has been raked in. Those officials, who don’t have any political connections and money power, have been met with gross injustice,” Patil alleged and demanded that all these issues need to be probed by the CID.

The former revenue minister said that in order to continue the implementation of measures in fight against coronavirus, the government had initially announced that transfers would not be done in the current financial year. “This was a policy in May. When the patients of the COVID-19 increased in July and the situation worsened, there was no need to issue an order of 15 per cent transfers of a total working staff,” he said.