Modi-Xi meet soon but 'things not same like before': source

The source said India's stance on PoK, including the disputed area of Aksai Chin, had not gone down well with China. 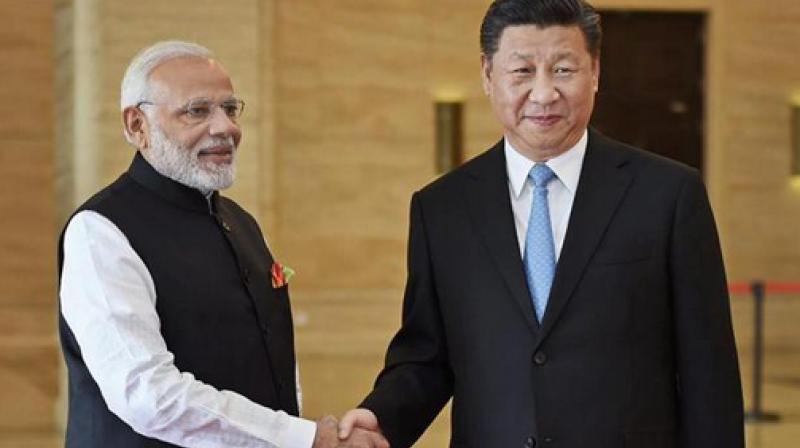 In October, two leaders are expected to meet near Chennai to discuss the Line of Actual Control (LAC) stability and trade ties. (Photo: File)

New Delhi: Amid preparations for the second round of informal talks between Prime Minister Narendra Modi and Xi Jinping, the tension between India and China has soared over New Delhi's claims in Ladakh.

In October, two leaders are expected to meet near Chennai to discuss the Line of Actual Control (LAC) stability and trade ties, Economic Times reported.

A diplomatic source, however, told The Print after the latest military stand-off between India and China near the northern bank of Pangong lake in Ladakh suggested that “things were not the same like before.''

Beijing was already upset with India as China was "unaware'' of its sudden decision to scrap special status to Jammu and Kashmir granted under Article 370, which India has categorically defined to the international community as India's "internal matter".

The source further said that India's stance on Pakistan-occupied Kashmir (PoK), including the disputed area of Aksai Chin, had not gone down well with China.

On August 6, a day after a presidential order revoked Article 370, Union Home Minister Amit Shah said in Lok Sabha said PoK and Aksai Chin were an integral and inseparable part of Jammu and Kashmir and India.

"Whenever I talk about Jammu and Kashmir, Pakistan occupied Kashmir (PoK) and Aksai Chin comes under it and can die for it," Shah had said.

On Wednesday, soldiers of Indian and Chinese Army were engaged in a face-off near the northern bank of Pangong Tso Lake but disengaged after talks between the two sides there.

Both the sides stake claim over the more than 130 km which extends between both India and Chinese controlled Tibet area.

"There was a face-off between the two armies but it got over after the delegation-level talks between two sides," Indian Army had said in a statement.

The force stated that such incidents happen due to differing perceptions of the LAC and there are established mechanisms to resolve such differences.

Incidentally, the confrontation took place in the same area where Indian and Chinese troops had engaged in a bitter scuffle during the Doklam standoff.

This comes days after the Indian Army denied reports of incursion by the Chinese into Arunachal Pradesh.

India is fast building infrastructure along the borders with China which had modernised its side of the disputed LAC a long time ago.

Indian Army is going to organise the war-games codenamed HimVijay in Arunachal Pradesh starting October in which the Air Force and the Army will jointly exercise real war scenario inside Indian territory simulating it to be a battle on the eastern front.