The Nepal government is promising money, land and houses along with Nepalese citizenship — most of which is believed to be funded by China 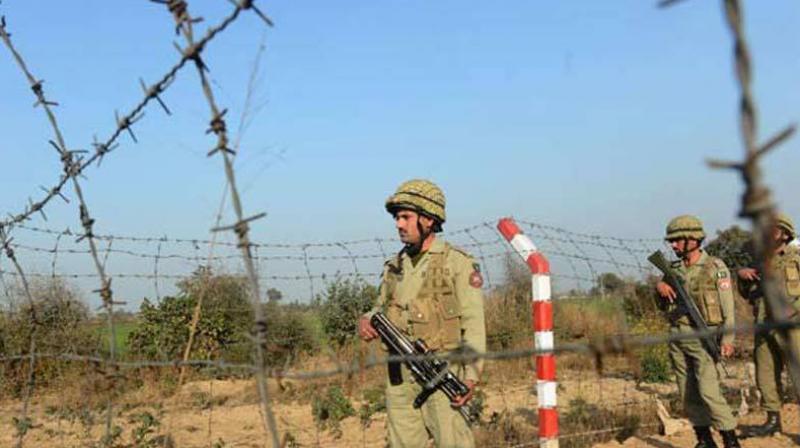 SSB, which works under the command of the Union home ministry, guards the 1,751 km long Indo-Nepal border. (Photo: Representational/AFP)

With India locked in a standoff with China on the Line of Actual Control, Nepal has started to play its games with renewed vigour. The K.P. Sharma Oli government is increasingly sending feelers to people living in three villages adjoining the Kalapani region in the Pithoragarh district of Uttarakhand to shift their loyalties to Nepal in order to stake claim over the villages which are administered by India.

Coming at a time when the Nepal Army is believed to be assisting China expand its military bases close to Mount Kailash, China seems to be behind the latest move by Nepal, which is seen as a quid pro quo arrangement between the two neighbours.

In return, the Nepal government is promising tonnes of money, land and houses along with Nepalese citizenship — most of which is believed to be funded by China.

Sources in the know of the Nepalese “operation” told this newspaper that for the past few days, “agents” working for the Nepal government have got in touch with people residing in Kuti, Nabhi and Gunji villages — located a few kilometres from Kalapani territory in Pithoragarh district — asking them to consider shifting loyalties to Nepal.
The locals of these three Indian villages, located at an altitude of over 10,000 feet, who share a “roti-beti” relationship with the people of Darchula in Nepal, are getting multiple calls from people on the other side asking them to consider the “irresistible offer”.

Information reaching Indian security agencies is that these agents have been either been making calls directly to the villagers, claiming to be their “well-wishers”, or taking the other easy way of making the locals of Darchula speak with their friends and relatives in the three villages.

For decades, people on both sides have remained in constant touch with each other, hopping in and out of Indian territory almost every day as they either have business links or relatives on the other side. Many Indian girls have married into Nepali families in Darchula and elsewhere in Nepal. Due to the Covid-19 pandemic, the India-Nepal border has been sealed for the past few months. People on both sides communicate with each other using Nepal Telecom SIM cards.

With the frequency of such calls increasing by the day — which has now become a point of discussion in the three villages — the villagers are contemplating writing to the Centre that there is no question of shifting loyalties and that they firmly remain with India. Many of them even held a meeting among themselves on Friday. In all three villages put together, there are more than 850 residents. Prior to the pandemic, people on both sides used to meet every day. Many on the Nepal side depend on the Indian side for their livelihood.

Sources said that though there were some indications earlier that Nepal might resort to such moves, especially after it claimed Kalapani to be its territory, the attempts at wooing with the villagers with land, money and Nepalese citizenship has increased manifold even as tensions between India and China along the LAC is at an all-time high.

For quite some time now, Nepal has left the people in its border villages along the tri-junction between India, China and Nepal at the mercy of China’s People’s Liberation Army, which supplies food and essentials to the villagers to win them over, even as the Chinese Army has been steadily taking control of certain areas inside Nepalese territory. In May, Nepal triggered a diplomatic row with India after it claimed Kalapani and Lipulekh in its political maps. Later, it showed Limpiyadhura within its boundaries.