In an audio message circulated after her release from the detention, she termed August 5, 2019 as a 'black day' in the history of J&K 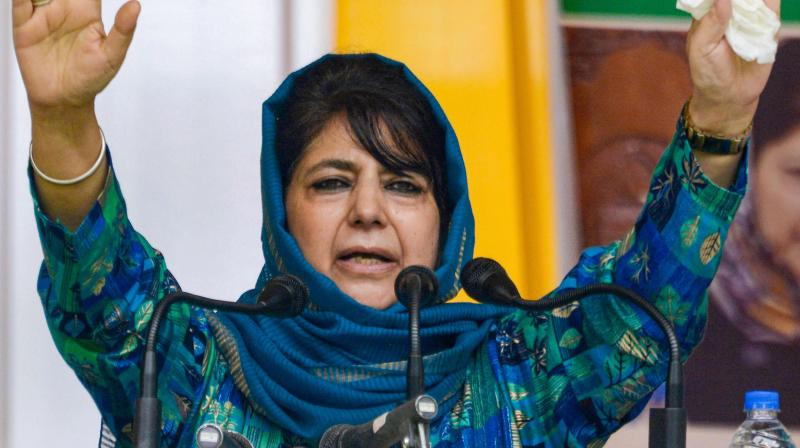 Srinagar: Former Jammu and Kashmir chief minister and People's Democratic Party (PDP) president, Mehbooba Mufti, has called for resolution of Kashmir issue and asked people to get ready to make sacrifices for it.

She after her release from a 14-month- long detention, she in an audio message circulated through social media late Tuesday night, termed  August 5, 2019 as a "black day" in the history of J&K and the move taken by the Central government on that day as "black" too and said these continued to cause hurt to her heart and soul during her incarceration and she acknowledges all the people of J&K must have been passing through the same situation.

She said, "None of us will ever forget the dacoity committed and disrespect shown to us on that day. Now everyone has to renew and reiterate our pledge to fight for the return of what was snatched from us undemocratically, unconstitutionally and illegally by Delhi darbar on August 5 last year".

She further called for the resolution of the Kashmir problem, for which, she said, people have rendered enormous sacrifices. She said she knew this was not an easy task ahead but, at the same time, she was quite confident that the unwavering and determination of the people will make the journey easy.