The party has dropped 15 legislators and fielded 24 new faces to contest the February 8 Assembly polls. 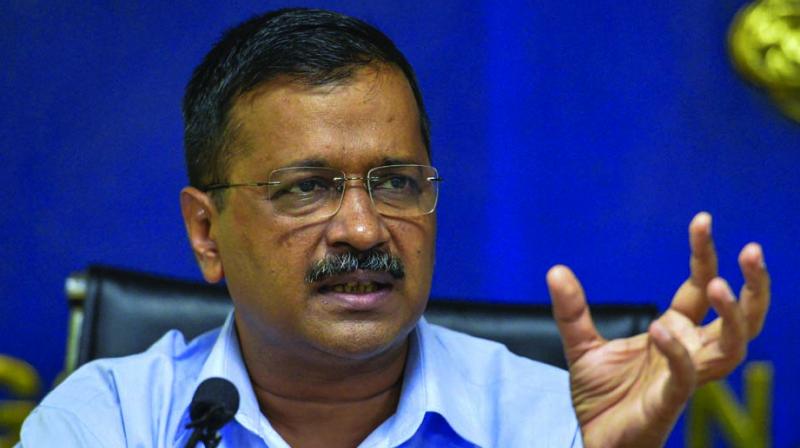 New Delhi: With a little over three weeks to go for the Delhi Assembly elections, the Aam Aadmi Party led by chief minister Arvind Kejriwal on Tuesday named candidates for all 70 seats in the national capital. The party has dropped 15 legislators and fielded 24 new faces to contest the February 8 Assembly polls.

Besides replacing 15 sitting MLAs, the party has fielded new candidates for four seats held by the Opposition BJP and five seats that fell vacant after the AAP MLAs defected. The party, which won 67 of the 70 seats in the last Assembly polls, named Mr Kejriwal as its candidate from New Delhi, his deputy Manish Sisodia from Patparganj, ministers Satyendra Jain from Shakurbasti, Gopal Rai from Babarpur, Imran Hussain from Ballimaran, Rajinder Pal Gautam from Seemapuri and Kailash Gehlot from Najafgarh.

Kalkaji, Timarpur and Rajender Nagar seats respectively. The party has also increased the number of women candidates from six to eight for the coming polls.

Soon after the official announcement, which came on the day the Election Commission issued a notification for the Delhi polls, Mr Kejriwal tweeted: “Best wishes to all. Don’t be complacent. Work very hard. People have lot of faith in the AAP and you. God bless...” The party also tweeted: “ We congratulate all candidates and wish them all the best to establish high levels of trust and integrity within their constituency.”

Even before the list was officially announced, Badarpur legislator N.D. Sharma, who was dropped, fired the first shot in the afternoon, accusing Mr Kejriwal of  “selling tickets” and “betraying” voters. He was replaced by former Congress leader Ram Singh “Netaji”, who joined the AAP along with four others on Monday. Mr Singh has twice won the Assembly polls — one as an Independent candidate and once on the Bahujan Samaj Party ticket.

Adarsh Shastri, who represents Dwarka, is among the prominent legislators to be dropped, and he was replaced by Vinay Kumar Mishra, who is the son of senior Delhi Congress leader Mahabal Mishra. The party also refused to renominate Pankaj Pushkar, considered close to senior lawyer and former AAP leader Prashant Bhushan, who has been rebelling against Mr Kejriwal, from Timarpur.

The AAP also dropped Surender Singh, a former NSG commando who was among the security personnel who fought terrorists in the Mumbai attacks, and replaced him with Virendra Singh Kadian in Delhi Cantonment seat.

The AAP also found new faces for four seats in which its MLAs had joined either the BJP or the Congress. In Chandni Chowk, where Alka Lamba joined the Congress, the AAP has fielded veteran Congress leader Pralhad Sawhney, while in Karawal Nagar, where former minister Kapil Mishra, who accused Mr Kejriwal of indulging in corruption, it has fielded senior leader Durgesh Pathak.

In Bijwasan, where its MLA Devender Sehrawat joined the BJP, the AAP has fielded B.S. Joon, and in Gandhi Nagar, where Anil Bajpai joined the saffron party, it has fielded Naveen Choudhary. In Matia Mahal, it fielded former Delhi deputy speaker Shoaib Iqbal, who joined the AAP recently, in place of sitting MLA Asim Ahmed Khan.