Chandrababu Naidu also extended condolences to Vivekananda's family and lauded the services by the deceased as an MP, MLA and MLC. 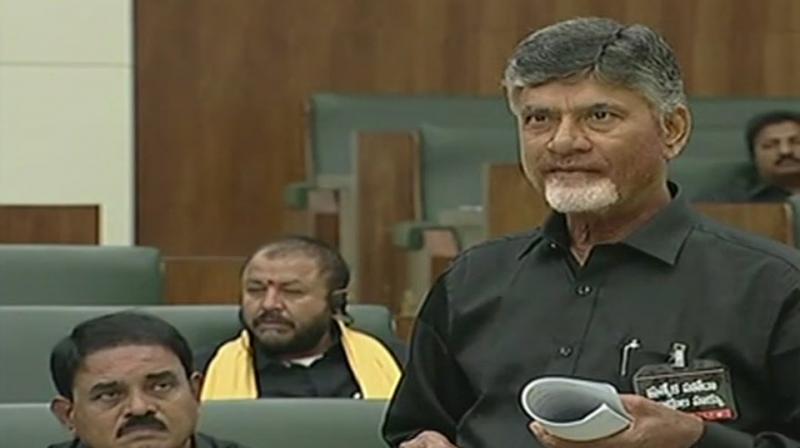 YSR Congress Party also demanded a CBI probe into the death of YSR leader, YS Vivekananda Reddy who passed away earlier on Friday.

Responding to suspicions on Vivekananda's sudden death, Naidu immediately discussed the matter with police officials and spoke to the Director General of Police (DGP), intelligence officials and Kadapa district police.

Naidu ordered to constitute an SIT immediately to investigate the case and to immediately arrest the accused in the matter. He said, "No accused should be spared whatever may be their stature."

The Chief Minister also extended condolences to the family members of Vivekananda and lauded the services by the deceased as an MP, MLA and MLC.

Reddy, also a former Lok Sabha member suffered a cardiac arrest at his residence in Pulivendula town of Kadapa district in the wee hours of Friday. He was the younger brother of late Andhra Pradesh Chief Minister YS Rajasekhar Reddy and uncle of YSR Congress Party president YS Jaganmohan Reddy. He is survived by his wife and a daughter.

Reddy was elected as an MLA from Pulivendula constituency in 1989 and 1994. He became a Member of Parliament from Kadapa Lok Sabha seat in 1999 and 2004. In 2009, he was elected as MLC. He also served as Agriculture Minister of Andhra Pradesh and later resigned from Congress party and joined YSRCP.

Following Reddy's death, his personal assistant Krishna Reddy lodged a complaint with the police expressing suspicions on his death.

Krishna claimed that Viveka's body was found in a pool of blood with injuries on his head and hand. Based on the complaint, police has filed a case of suspicious death and are investigating.