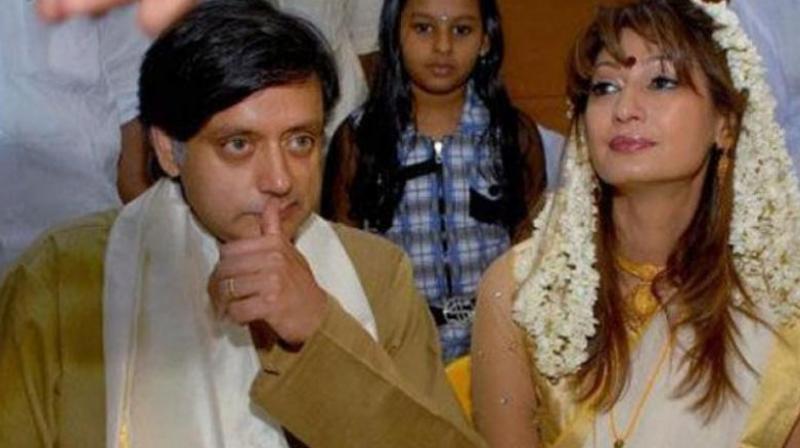 Congress leader Shashi Tharoor's wife Pushkar was found dead under mysterious circumstances in a suite of a Delhi hotel on the night of January 17, 2014. (Photo: File)

New Delhi: A Patiala House court on Friday asked Delhi Police to file its reply in connection with an interim order restraining the sharing of documents relating to the Sunanda Pushkar death case.

Earlier, Additional Chief Metropolitan Magistrate (ACMM) Samar Vishal had restrained the prosecution from sharing any document relating to the case with any third party.

In the last hearing before the sessions judge, Srivastava had orally challenged the interim order and informed the court that he needs to share some documents with third persons for advice but is unable to proceed because of the order.

The magistrate's court had on February 4 committed the case to sessions for trial.

On the same day, the magistrate had also dismissed a plea by BJP leader Subramanian Swamy to assist the court in the investigation.

Congress leader Shashi Tharoor's wife Pushkar was found dead under mysterious circumstances in a suite of a Delhi hotel on the night of January 17, 2014. The couple were staying in the hotel as their house was undergoing renovation.

Tharoor has been charged under Sections 306 (abetment of suicide) and 498A (husband or his relative subjecting a woman to cruelty) of the Indian Penal Code (IPC). He, however, has dismissed the charges as "preposterous."