In Kerala, Metro Man E. Sreedharan has been fielded from Palakkad 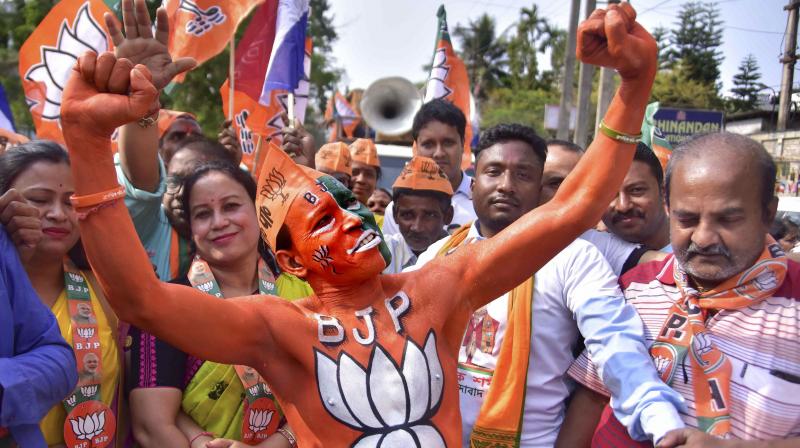 New Delhi: The BJP on Sunday released a star-studded list of its candidates for the West Bengal, Tamil Nadu and Kerala Assembly polls, with names like South Indian cine star Khushbu Sundar, who recently joined the BJP from the Congress, “Metro Man” E. Sreedharan, Union minister Babul Supriyo, actor-politician and sitting MP Locket Chatterjee, among others. Malayalam actor Suresh Gopi, who is also a Rajya Sabha MP, has been fielded from Kerala’s Thrissur.

The BJP announced the names of 63 candidates for the West Bengal polls, including that of Union minister Babul Supriyo from Tollygunge, nominated Rajya Sabha MP Swapan Dasgupta from Tarakeshwar, former chief economic adviser to the government Ashok Lahiri from Alipurduar and sitting MP Nishit Parmanik from Dinhata.

The party also released the names of 112 candidates for Kerala, where it will be contesting in 115 out of 140 Assembly seats, as well as 17 names for Assam.

BJP general secretary Arun Singh announced the candidates’ names and added that the political climate in all the poll-bound states favoured the saffron party.

In Kerala, “Metro Man” E. Sreedharan has been fielded from Palakkad, former Union minister K.J. Alphons from Kanjirappally Assembly seat. BJP Kerala unit chief K. Surendran will contest from two seats – Konni and Manjeshwaram; while former state party chief Kummanam Rajasekharan will contest from Nemom constituency in the state capital Thiruvananthapuram. Nemom is the only seat that the BJP had won in 2016. The BJP has fielded C. Sadanandan Master from Kuthuparambba.

In Assam, the party has fielded Hasinara Khatun from Baghbar and Suman Haripriya from Hajo Assembly constituency.