“MEA does not discriminate between states, 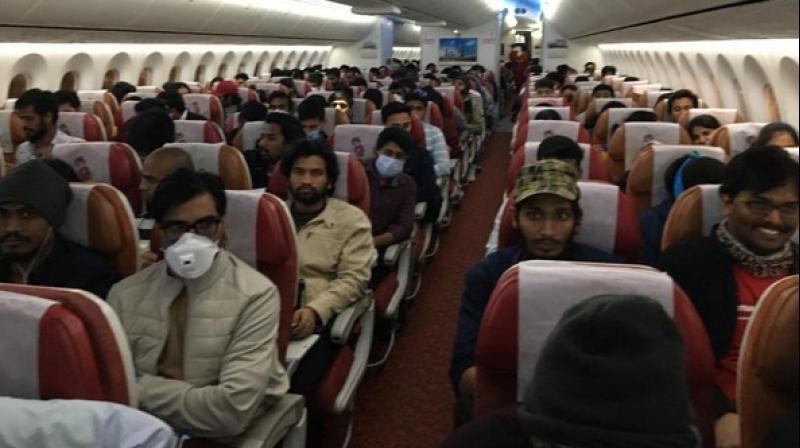 New Delhi: After a minister in the West Bengal Government triggered a huge row by accusing the Ministry of External Affairs (MEA) of discriminating against West Bengal and not organising any repatriation flights of Indian nationals from abroad to the State in the Vande Bharat Mission, MEA Spokesperson Anurag Srivastava tweeted late on Thursday night that the “MEA does not discriminate between states” and that the “Vande Bharat Mission is for all stranded Indians, including those from West Bengal”.

The MEA said it would “gladly facilitate flights to Kolkata if the West Bengal state government would “confirm arrangements to receive and quarantine”. The MEA also said it would “also help in return of WB residents through land borders with neighbours”, adding that it “hoped to receive an early response on the matter”.

The controversy was triggered after West Bengal Higher and School Education Minister Partha Chatterjee tweeted angrily, “Is the MEA asking us to believe that there are enough people to come from Georgia to Gujarat but none want to come to Kolkata ? Also, there are enough people to come back to Bihar from Kyrgyzstan but not enough to bring back to Bengal?? Stop this injustice !!!” Mr. Chatterjee is also the Secretary General of the ruling Trinamool Congress in the State.

MEA Spokesperson Anurag Srivastava then tweeted late on Thursday night, “MEA does not discriminate between states. GOI’s Vande Bharat Mission is for all stranded Indians, including those from West Bengal. Over 3700 of them have registered for repatriation from different parts of the world. Will gladly facilitate flights to Kolkata if state government will confirm arrangements to receive and quarantine. Will also help in return of WB residents through land borders with neighbors. We hope to receive an early response on the matter.”

An estimated 32,000 Indian nationals from a total of 31 countries including an additional 18 countries will be repatriated back to India from May 16 to 22 via 149 flights in the second phase of the Vande Bharat Mission compared to the ongoing first phase in which Indians are being repatriated from 12 nations from May 7 to 15.

So far, 12,000 Indians have been repatriated in the ongoing first phase. The MEA had said earlier on Thursday that the “Vande Bharat Mission is the largest and most complex exercise ever undertaken by the government for the repatriation of our nationals stranded overseas”.