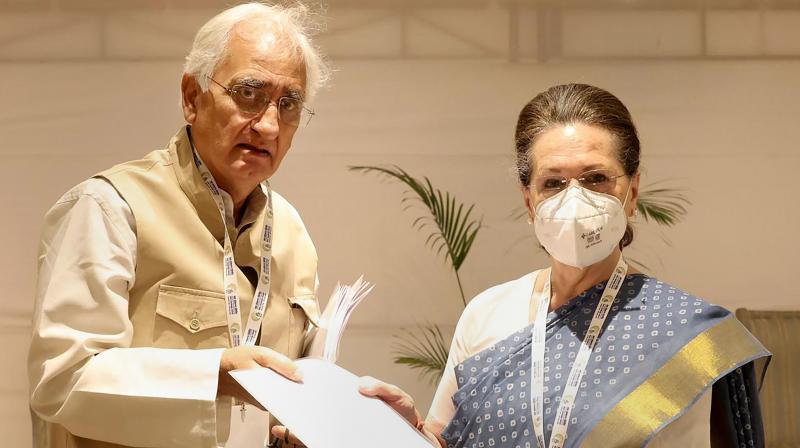 Udaipur: The ongoing Nav Sankalp Chintan Shivir in Udaipur discussed the issue of Electronic Voting Machines (EVMs) during the brainstorming sessions over the poll debacles in the recent elections.

Deliberations over the party's strategy to find winning ways took place during the first two days of the three-day Shivir.

According to the sources, a presentation was made in the Shivir regarding the possibility of the hacking of the EVMs which the Opposition parties have questioned in the past.

The long discussions of the three-day event will lead to crucial decisions that are likely to be taken after the conclusion of the Shivir in the Congress Working Committee (CWC).

The draft which was prepared by the Committees formed by the Congress president will be finalized today. The presidents of six committees and 430 senior leaders are involved in its drafting.

The CWC meeting has started and the report of the six-point proposal has been submitted to the party's interim president Sonia Gandhi.

After the discussion in the CWC meeting, Rahul Gandhi will address the leaders, which will be followed by Sonia Gandhi's address, said the sources.