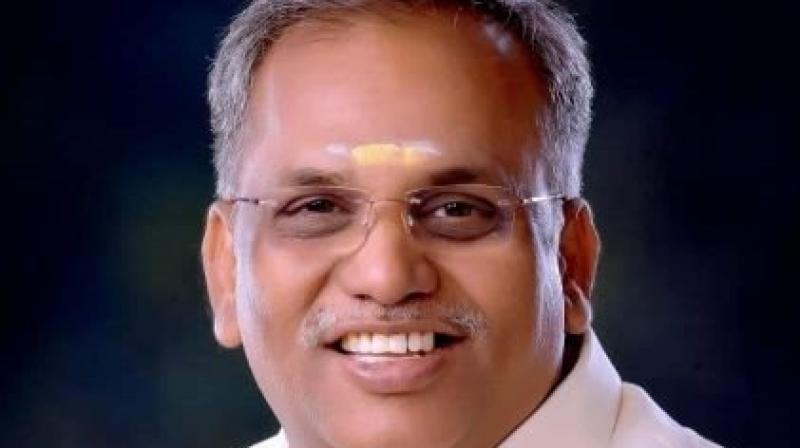 BJP MLA 'Embalam' R Selvam is all set to be elected unopposed as Speaker of the Puducherry Assembly. (Photo: Twitter/ @embalamrselvam)

Puducherry: BJP MLA 'Embalam' R Selvam is all set to be elected unopposed as Speaker of the Puducherry Assembly on Wednesday. Secretary to the Assembly R Mounissamy told PTI on Tuesday that Selvam's was the only nomination received for the election to office of Speaker, scheduled to be held in the House tomorrow.

No other nomination was received till 12 noon today, which was the deadline fixed to present papers for the election. The territorial assembly has been convened by Lt Governor Tamilisai Soundararajan tomorrow and this would be first session of the House constituted in the wake of the polls held on April 6. Embalam is the native place of Selvam and hence he has been called `Embalam` Selvam.

AINRC and BJP are constituents of the NDA which formed the coalition government here with the AINRC having 10 members, the BJP six and the three nominated members appointed by the Centre are extending support to the AINRC headed NDA.

With 57-year old Selvam set to be elected unopposed, he would be the 21st Speaker of the territorial Assembly. He is among the first time members of the House, which has a strength of 30 elected and 3 nominated legislators.

India to focus on peacekeeping and terror