After protests by followers of Kabir Panth against the plan, govt reached out to them through committee of ministers, but no solution found. 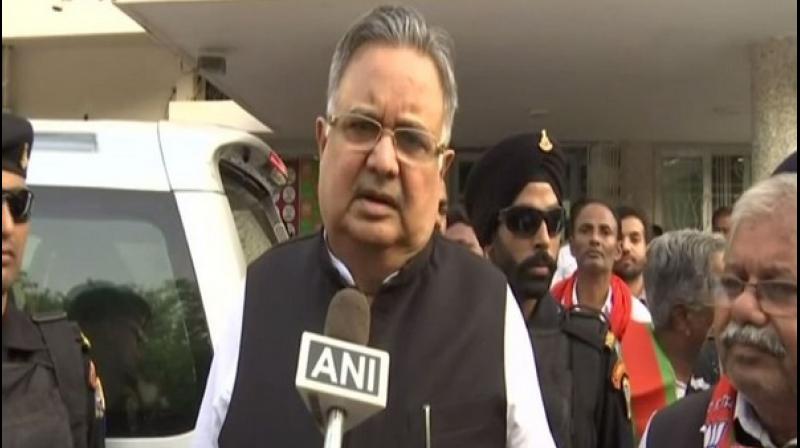 Former Chhattisgarh chief minister Raman Singh has demanded that the government should take into consideration religious beliefs before implementing any such decision. (Photo: ANI)

Raipur: The Chhattisgarh government's proposal of including egg in the Midday Meal Scheme to fight malnourishment among children is facing a backlash from several social organisations and the opposition BJP.

Among the most vocal opponents of the move are the followers of Kabir Panth in the state. After they protested against the plan, the government reached out to the group through a committee of ministers. However, no solution was found.

Daya Shankar of Kabir Ashram in Damakhed told ANI, "This is a move to promote non-vegetarian food. There are other vegetarian options to fight the problem of malnourishment. In schools, which are the temples of education, no non-vegetarian food should be allowed and we will campaign against it."

Tekam said, "In the whole state, child malnutrition is estimated at about 40 per cent. For their well being, we have decided to give them nutrition-rich food. Some organisations including Kabir Panth have sought that egg should not be included in the scheme. We will speak to the Chief Minister (Bhupesh Baghel) and then will take a decision."

Former Chhattisgarh chief minister Raman Singh has demanded that the government should take into consideration religious beliefs before implementing any such decision.

"People have their religious beliefs and their feelings are being hurt. The proposal must be reconsidered. Milk also has protein and it can be given to students. There are many other options as well," he said.

Social activist Mamta Sharma, however, cited statistics on malnutrition in the state to bat for implementing a healthy diet.

"If we see the statistics of the National Health Authority, we will observe that the number of malnourished children is on the rise in Chhattisgarh. Therefore, our children are in need of a healthy diet which includes egg. Children who eat egg can have it while others can choose not to have it. I welcome the proposal of including eggs in the Midday Meal Scheme."