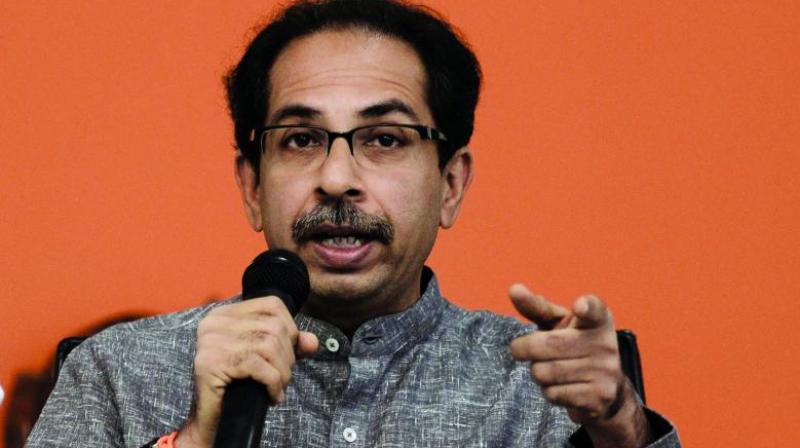 Mumbai: The Shiv Sena on Tuesday slammed the Bharatiya Janata Party (BJP) as the latter is working to destabilize the government of opposition parties in many states.

The Sena also alleged that the BJP is working behind the curtain to destabilize the government in Rajasthan and has entrusted a task to bring the government to BJP leader Jyotiraditya Scindia. He had quit the Congress in March 2020 and joined the BJP along with his 22-supporter MLAs in Madhya Pradesh.

An editorial in Saamana, the party’s mouthpiece, said that instead of resolving the issues of economic challenges, the BJP is poking its nose in the Congress’s internal affairs and encouraging horse-trading for the power.

The Ashok Gehlot government in Rajasthan is facing rough weather with his deputy Sachin Pilot declaring open rebellion against him. Mr Pilot, who was sacked from state unit chief by the party high command on Tuesday, has claimed the Gehlot government is in minority and that he has support of 30 Congress MLAs in the 200-member state Assembly.

“What is the BJP going to achieve with this political misadventure, by causing a storm in the desert? Such steps will rather turn the parliamentary democracy into a desert,” the Uddhav Thackeray-led party said.

The country is facing problems like a coronavirus-triggered collapse of the economy and “Chinese intrusion” in Ladakh. The killings of 20 Indian soldiers in a face-off with Chinese troops in Galwan Valley is still afresh. Instead of solving these issues, the BJP is interfering in the internal bickering of the Congress and “encouraging horse-trading” in Rajasthan, the Sena alleged.

It was predicted that Pilot would also go the Scindia way and it seems to be happening, the Marathi publication observed. With Pilot claiming that the Gehlot government is in minority, the Shiv Sena said the future of the Congress dispensation in Rajasthan, however, will be decided only on the floor of the House. It said Gehlot’s allegation that Congress MLAs are being offered `25 crore each to switch loyalties is a serious one.