One nation, one poll not feasible: Nitish Kumar

The Janata Dal (United) is an ally of the Bharatiya Janata Party (BJP) in the National Democratic Alliance (NDA). 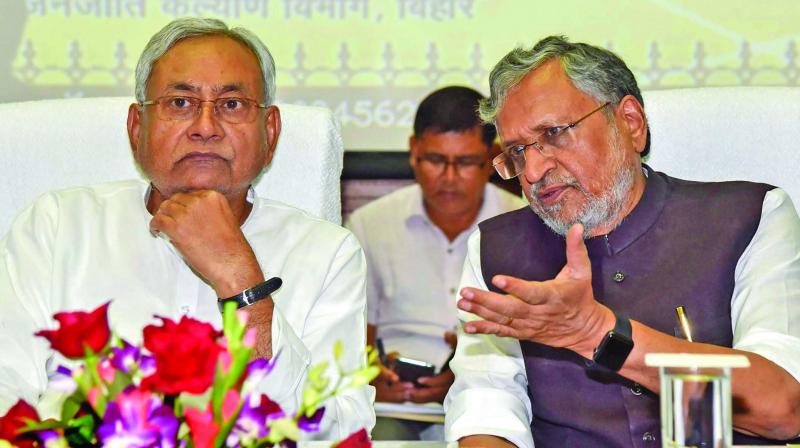 Patna: Bihar chief minister Nitish Kumar on Tuesday said that ‘one nation, one poll’ was a good idea but not implementable in the forthcoming general elections.

Mr Kumar, who has been advocating simultaneous polls for state Assemblies and Lok Sabha for quite some time, was responding to a query from journalists here on the letter written on the issue to the Law Commission by Bharatiya Janata Party (BJP) national president Amit Shah.

Holding simultaneous polls for all state assemblies and the Lok Sabha would not be possible in the next general elections. It is a good idea but the time is not yet ripe for its implementation, he said. The Janata Dal (United) national president has spoken in favour of simultaneous polls a number of times in recent times, claiming that it would reduce the expenditure involved in holding elections and enable elected governments to focus better on development and governance.

The Janata Dal (United) is an ally of the Bharatiya Janata Party (BJP) in the National Democratic Alliance (NDA).

Mr Kumar is heading a coalition government with the BJP in Bihar since July last year after disintegration of Grand Alliance ministry comprising Rashtriya Janata Dal (RJD),
JD(U) and Congress.