BJP: Hope UT’s first CM will be from our party

The Bharatiya Janata Party’s (BJP) massive membership drive in Jammu and Kashmir is in full swing. 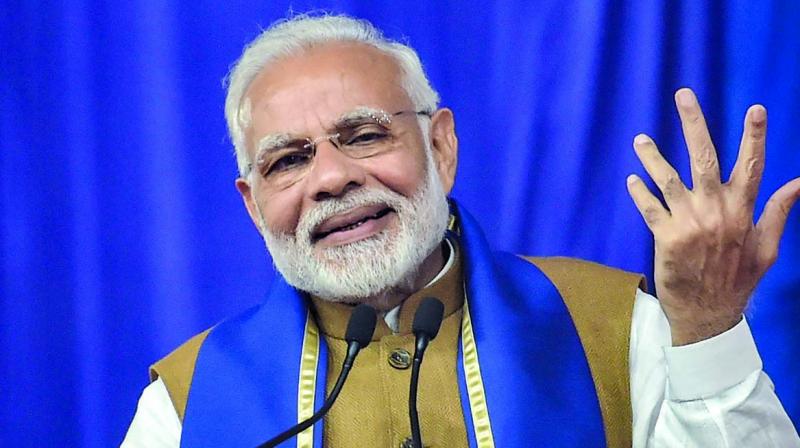 New Delhi: The Bharatiya Janata Party’s (BJP) massive membership drive in Jammu and Kashmir is in full swing. The party’s top brass stated that its organisational structure is strong and hoped that the Union Territory will have its first chief minister from the BJP, after the Assembly polls are held there.

Speaking to this newspaper, BJP vice-president and the party’s in-charge of Jammu and Kashmir Avinash Rai Khanna stated that the saffron party has already achieved a target of about seven lakh new members. “Seeing the enthusiastic response, we hope that the first BJP chief minister of Jammu and Kashmir will be elected after the polls are held there,” he added.

“The people in Jammu, Ladakh and Kashmir have the BJP as their first choice and polling of record number of votes in the favour of the party in the recent Lok Sabha elections stands testimony to it. This was despite the fact that all major political parties fought in alliance against us. We even did well in the local civic bodies and panchayat polls, and the BJP now has about 1,300 elected representatives in the state,” he added.

“These are the powers behind us which will strive us to secure the power. Our membership drive is also going on in full swing with mandals and zila formations for the party already in place. Our party workers are very enthusiastic about the polls and they are looking forward to it. We have a dedicated cadre that aims to restore and strengthen democracy in the region,” Mr Khanna stated.

The senior BJP leader pointed out that, whether in coalition in the state or heading the government at the Centre under Prime Minister Narendra Modi, the BJP had worked to end discrimination and treated all the three regions as equals in matters related to development and welfare.

“Sabka Saath, Sabka Vikas and Sabka Vishwas helps us to implement all policies and plans without discrimination on the basis of region, religion, gender or caste. People are convinced that it is the BJP only which is committed to development,” he said.