Ideology of RSS is to impose Hindi as national language: Sitaram Yechury

He called Hindi the heart and soul of freedom struggle. 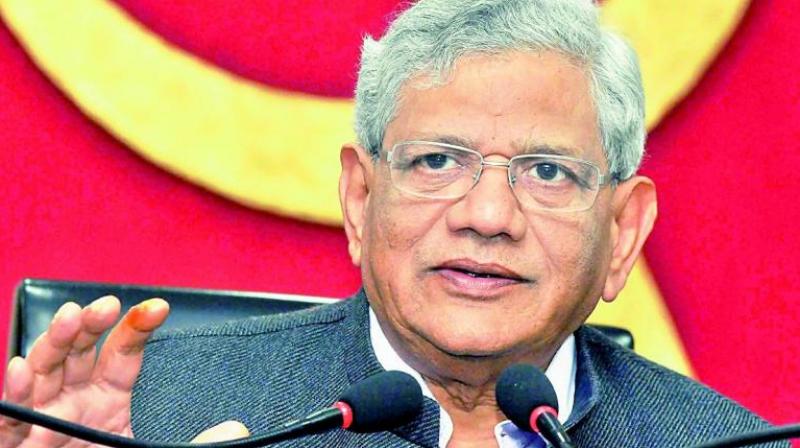 The Union Home Minister said that the government would take Hindi Divas outside Delhi, and would celebrate a Hindi Saptah across the country. (Photo: PTI)

"The agenda of RSS is to impose Hindi as the national language. RSS ideology is one nation, one language, and one culture, which is not acceptable," said Yechury while talking to ANI.

His statement comes in the backdrop of Union Home Minister Amit Shah's call to culturally unify India with Hindi as its national language on Saturday.

"All the languages listed in the 8th schedule of the Constitution are our national languages. Hindi can emerge as a language of communication but any effort to impose Hindi will only lead to a negative reaction as it happened in the past. All languages must be treated equally," he said.

Shah's statement triggered a row with several opposition leaders training their guns at him asking him to reconsider his appeal as it "poses a danger to the national unity."

Speaking as the chief guest at a function to grace Hindi Divas here, Shah said that while unity in diversity is India's defining trait, a common language is needed as a culturally unifying factor.

"While diversity in languages is the strength of our nation, a national language is needed so that foreign languages and cultures do not overpower our own," he said.

The Union Home Minister said that the government would take Hindi Divas outside Delhi, and would celebrate a Hindi Saptah across the country. He called Hindi the heart and soul of freedom struggle.