Haryana will go to polls on October 21 and the counting of votes will take place on October 24. 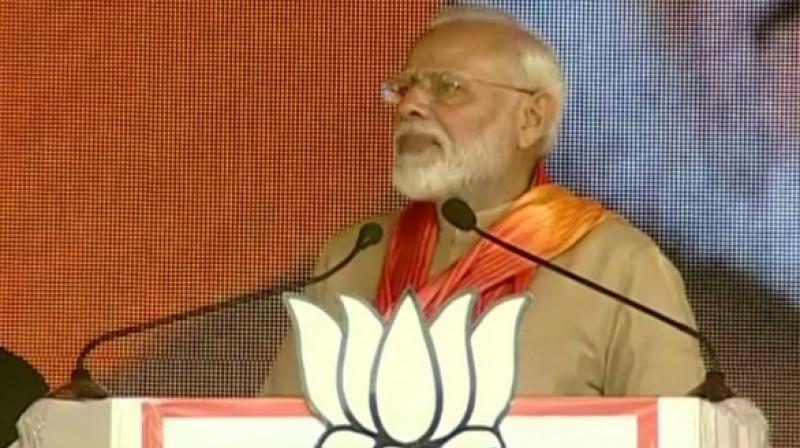 Kurukshetra: Prime Minister Narendra Modi, on Tuesday, urged people of Haryana to come out in huge numbers and exercise their franchise.

He asked voters to not presume his victory and they must cast their votes.

Prime Minister while addressing an election rally here said, "Don't take a long weekend off. Monday is the polling day. Don't presume that Modi is winning, so your one vote won't matter and leave town for Sunday and Monday. Your vote matters and make sure you vote."

Haryana will go to polls on October 21 and the counting of votes will take place on October 24.

He said modern infrastructure is being provided in the state for betterments of sports. "Our effort is to develop Haryana as a hub of sports so that youth can perform better."

The Prime Minister also highlighted that his government is investing a lot on making the tourist destinations in the country more grand, clean and modern.

"As a result, in the last 5 years, India has improved 31 ranks in the world ranking of tourism. Earlier we were at number 65, today we have reached number 34... It is the effort of the central government that important sites like Kurukshetra should be discussed all over the world. I would like when people of the country make a list of top 15 places to visit with families, Kurushetra will be on that list," he said.

PM Modi also asserted that Haryana has made a significant improvement in the Ease of Doing Business rankings.

"When the BJP government was formed here in 2014, Haryana was at the 14th position in the Ease of Doing Business at that time and has jumped to the third position today. Haryana has received maximum investment in the last 5 years," he said.