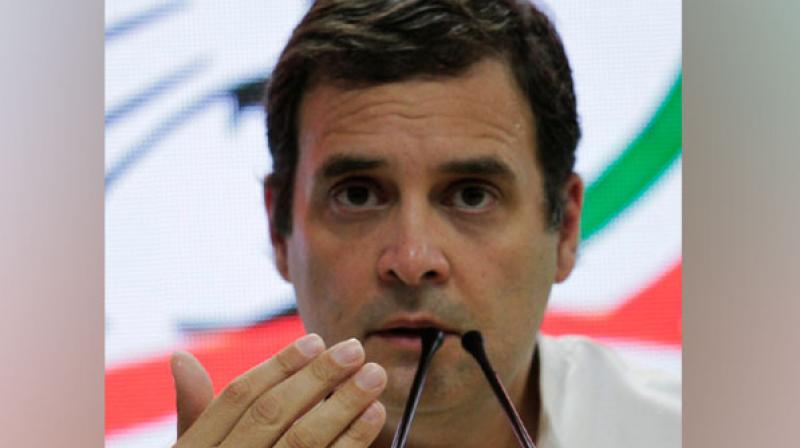 New Delhi: Congress leader Rahul Gandhi on Monday attacked the centre over its economic policies, saying "Modinomics" was destroying the country's economy. He made the remark in a tweet he put out to congratulate Indian-American economist Abhijit Banerjee for winning the Economics Nobel prize.

Gandhi's remark prompted a counterattack from the BJP, which wondered if he will ever learn to be graceful.

Soon after Banerjee won the coveted honour, Gandhi said the economist had helped conceptualise Nyay, a minimum income guarantee scheme that was promised by the Congress in the national election.

"Abhijit helped conceptualise NYAY that had the power to destroy poverty and boost the Indian economy. Instead we now have Modinomics, that's destroying the economy and boosting poverty," Gandhi tweeted.

"Here is PM Modi congratulating Abhijit Banerjee without any ifs and buts despite knowing that he has been a critic. And Rahul Gandhi is not only politicizing Abhijit's Nobel prize, but also using it to attack PM Modi. I know it is tough but will Rahul ever learn to be graceful?" BJP's Amit Malviya tweeted.

"Congratulations to Abhijit Banerjee on being conferred the 2019 Sveriges Riksbank Prize in Economic Sciences in Memory of Alfred Nobel. He has made notable contributions in the field of poverty alleviation," he tweeted.