Kapil Sibal accused government of ‘misleading’ court by presenting wrong information of CAG report and demanded government apologise for it. 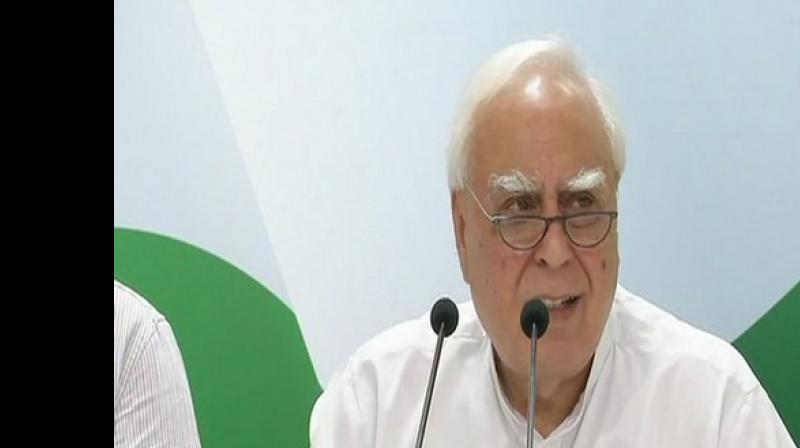 In relief to Modi government, Supreme Court on Friday dismissed pleas challenging deal between India and France for procurement of 36 Rafale jets.(Photo:ANI)

: The Congress said on Saturday that the Supreme Court, which gave the government relief in the Rafale jet case, has not gone into the pricing and technical aspects of the aircraft and it is only a joint parliamentary committee that can probe whether there was any irregularity in the deal.

At a press conference, Congress leader Kapil Sibal pointed to a part of Friday's judgment in which the Supreme Court said that the material placed before it shows the Centre did not disclose in Parliament the pricing details of the fighter jet but revealed it to the Comptroller and Auditor General. The apex court also said the CAG report was even examined by the Public Accounts Committee of Parliament.

Reacting to this, Sibal said Mallikarjun Kharge, the chairman of PAC, has said he never received any such report on Rafale jet. " Who is responsible for this? Who said this? It was the government who said this. How did the attorney general pass the affidavit?" he said.

He also rebuked the government for not reading its own affidavits. "This is a very serious matter and there should be an action in this case because the message among people is that CAG has cleared and Parliament has seen the deal, which is wrong," he said. Sibal said the court has neither gone into pricing nor into the technical aspects of the deal. "Then how can they say that the Supreme Court has given a clean chit to the government. If you (the government) have not given the evidence, nothing, if the cross-examination has not happened then who gave you a clean chit. Only a JPC, which will be formed sooner or later, can probe this," he said.

Earlier on Saturday, Kharge said he will request all members of the panel to summon the attorney general and the CAG to ask them when was the public auditor's report tabled in Parliament. The Congress leader accused the government of "misleading" the court by presenting wrong information about the CAG report on the Rafale deal and demanded that the government should apologise for it. In relief to the Modi government, the Supreme Court on Friday dismissed the pleas challenging the deal between India and France for procurement of 36 Rafale jets, saying there was no occasion to "really doubt the decision making process" warranting setting aside of the contract.