The team will meet two leaders 'very soon' to apprise them of the present situation in the state, Patowary said in a statement. 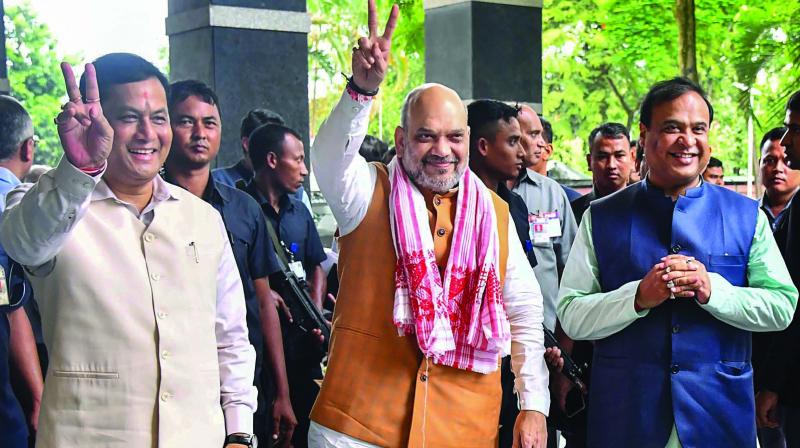 Assam Parliamentary Affairs Minister Chandra Mohan Patowary on Saturday said the decision to brief the prime minister and the union home minister on the situation was taken at a meeting of BJP MLAs and MPs here.

The team will meet the two leaders “very soon” to apprise them of the present situation in the state, Patowary said in a statement.

“Today’s meeting also appealed to the people to maintain peace and order in the state,” he said.

Sonowal tweeted that he discussed “the present situation in Assam in a meeting with my Cabinet colleagues, union minister Shri Rameshwar Teli, MPs, MLAs & @BJP4Assam president Shri @RanjeetkrDass in Guwahati”.

Assam is witnessing one of the worst violent protests by the public in its history with three rail stations, a post office, a bank, a bus terminus, shops, dozens of vehicles and other public properties being set ablaze or ransacked.

After the Rajya Sabha passed the Citizenship (Amendment) Bill on Wednesday night, the state erupted in protests, in which agitators fought pitched battles with the police in almost every major city or town, forcing the administration to impose curfew. Three lives have been lost so far in the protests.