Assembly elections: 66 per cent voter turnout in UP phase 2 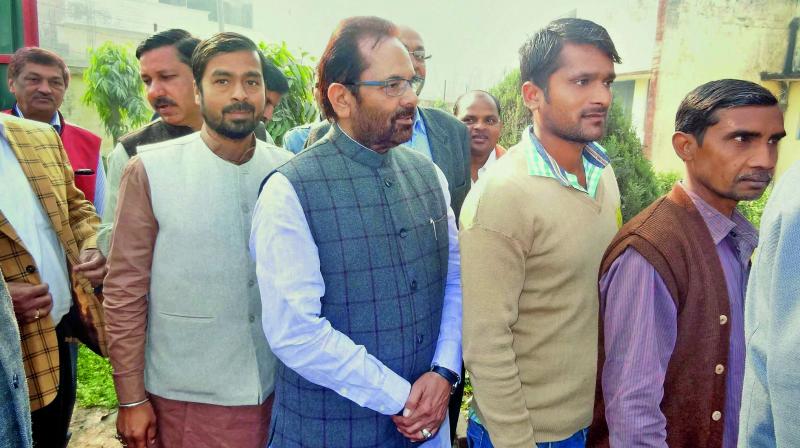 Lucknow: The second phase of polling in Uttar Pradesh Assembly elections on Wednesday recorded a 66 per cent turnout and was largely peaceful.

Saharanpur recorded maximum polling at 72 per cent while Badaun recorded a lowest percentage of 62.

Chief Electoral officer T. Venkatesh told reporters in Lucknow that polling was held in 67 Assembly seats spread across 11 districts in the Rohilkhand region of Uttar Pradesh. The number of candidates on 67 assembly seats was 720, including 82 women and one transgender.

In some constituencies voters boycotted polling to protest against lack of development.In Rath and Raipur in Shahjahanpur and in Nathaur Assembly seat in Bijnore, voters boycotted polling in the morning hours but local officials managed to persuade them to cast their votes. Bisauli in Badaun also saw boycott. In Saharanpur, two women were arrested while attempting to cast fake votes.

Clashes were reported from Barhapur Assembly seat in Bijnore district between workers of two parties but polling was not disrupted. Seven persons were reportedly injured in the clashes and sent to hospital. Clashes were also reported in Badaun.

According to reports, a sizeable Muslim turnout was evident in the second phase of polling since most of the constituencies have a dominant Muslim population. First-time voters were apparently excited to cast their votes and were seen taking selfies outside the booths. Two persons were arrested for taking photographs inside the booth.

Elaborate arrangements had been made for free and fair polling with deployment of 51,771 police constables, 52,598 home guards, 5,397 sub-inspectors and 3,666 head constables to maintain law and order.