We should dislodge the Narendra Modi headed government and ensure that a Cong led govt under leadership of Rahul Gandhi, Pondy CM said. 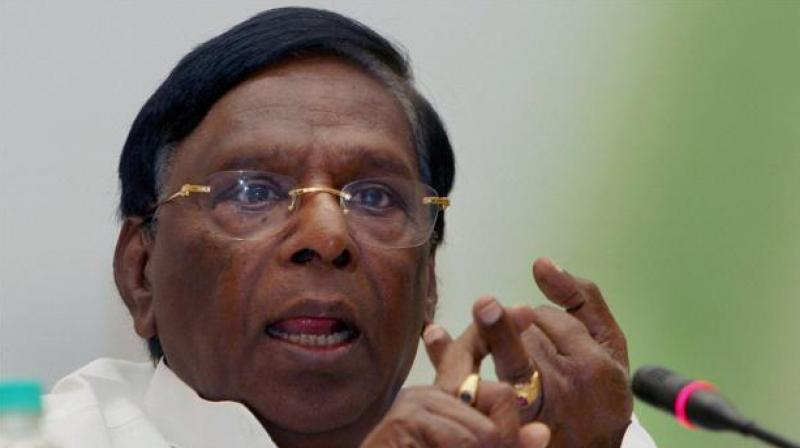 Puducherry: Asserting that a Congress-led government at the Centre is "absolutely necessary," Puducherry Chief Minister V Narayanasamy Tuesday said the NDA government was meting out 'injustice' to states and more particularly the Union Territory.

"We should dislodge the Narendra Modi headed government and ensure that a Congress led government under leadership of Rahul Gandhi is installed in office in the wake of the coming Parliamentary elections," he said during his campaign in support of the secular progressive alliance nominees in some of the peripheral Assembly constituencies.

Alleging that non-BJP ruled states were now in an "utterly sad predicament" with the Centre's "negative" stand towards their development, the senior Congress leader said the NDA government was doing "injustice" to Puducherry.

He further alleged that Lt Governor Kiran Bedi has been "preventing" implementation of welfare schemes proposed by elected government.

If a Congress headed government was installed at the Centre, Puducherry would get copious funds for various developmental projects and all the welfare schemes would find a smooth implementation here, Narayanasamy claimed.