From the NDA, BJP has given the ticket to Ashok Yadav, the son of sitting MP Hukumadeo Narayan Yadav. 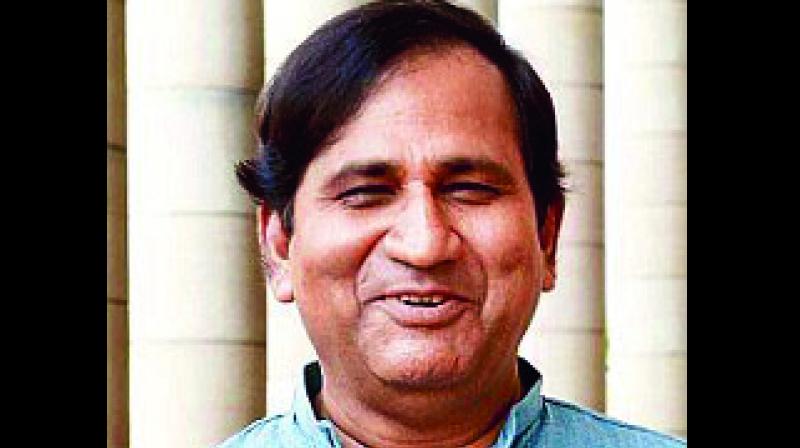 Patna: The allotment of seats has turned out to be a major disappointment for many in the grand alliance.

Senior Congress leader and union minister Dr Shakeel Ahmed has created a flutter in Bihar politics by announcing to file nomination as an independent candidate from Madhubani which has been his traditional seat.

Sources said that he has been upset after the seat went to Mukesh Sahani’s Vikasheel Insan Party (VIP) under the seat-sharing formula in the grand alliance.

“I have decided to file nomination from Madhubani seat on April 16 because people here want me to contest and defeat the BJP nominee. I have conveyed my demand to AICC leaders and will wait for their final decision on the issue”, Congress leader Dr Shakeel Ahmed said.

Mr Ahmed is considered a strong minority face in the region. He had won Lok Sabha elections from the seat in 1998 and 2004 but was defeated by BJP nominee Hukumadeo Narayan Yadav in 2009 and 2014.

From the NDA, BJP has given the ticket to Ashok Yadav, the son of sitting MP Hukumadeo Narayan Yadav.

Besides Mr Ahmed, other RJD and Congress leaders have also been openly displaying their unhappiness after their tickets were denied. Senior RJD leader Mohammad Ashraf Ali Fatmi is among those who have been upset after he was denied ticket.

He has asked RJD leadership “to take a decision before April 18” after which he may file his nomination as an independent candidate from Madhubani seat.

He had won four Lok Sabha elections but was defeated by BJP nominee Kirti Azad in 2014 by 34,000 votes.

“I have remained loyal to Lalu Yadav and RJD for almost thirty years. I can’t still figure out why my party denied ticket to me”, Mohammad Ashraf Ali Fatmi said.

Former Vaishali MP Lovely Anand is also upset after she was denied ticket this time. She had joined Congress on the assurance of getting a ticket from Sheohar constituency. Sources said she is also planning to contest as an independent candidate after the seat went to RJD.

Political analysts are of the opinion that a sizeable number of upper caste Rajput voters may side with her if she contests as an independent candidate from the Constituency. RJD has fielded Syed Faisal Ali from Sheohar seat.

The grand alliance is also likely to face tough contest in Madhepura which has been RJD’s traditional seat.