'Sumalatha got recognition because of me,' says Karnataka CM 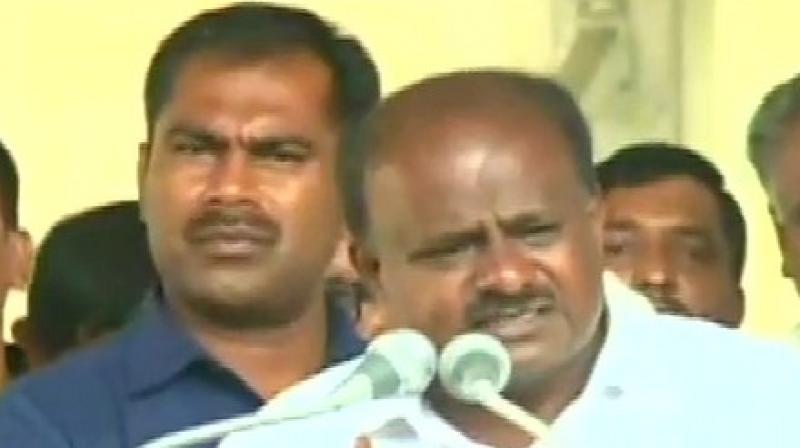 Karnataka will vote to elect its members of Parliament during the second and third phases of polling on April 18 and April 23, respectively. (Image:ANI)

Mandya: Karnataka Chief Minister HD Kumaraswamy on Tuesday said that Sumalatha Ambareesh, multilingual South-Indian actress and wife of former actor and union minister late Ambareesh, has got recognition in public because of him.

Speaking at a public rally in Mandya, Kumaraswamy said, "It is because of me that contribution of Ambareesh is being recognized and she goes around Mandya saying that JDS is a party of thieves. I am the chief minister because of no other person but you (audience) ‘punyaatmas’."

Sumalatha, who filed her nomination papers as an independent candidate on March 20  from Mandya, is set to contest against Karnataka Chief Minister H D Kumaraswamy’s son Nikhil Gowda from the JD (S).

On March 18, she had contended that after her husband’s demise in 2018, the people of the constituency started putting pressure on her to contest from Mandya seat.

She had also said that she was touring the constituency and so far has covered 35 wards in Mandya city municipal council area.

Karnataka will vote to elect its members of Parliament during the second and third phases of polling on April 18 and April 23, respectively. The counting of votes will take place on May 23.