Tagging a video of Khan’s remarks, Swaraj tweeted, “Brother Mulayam, you are the patriarch of the Samajwadi Party. 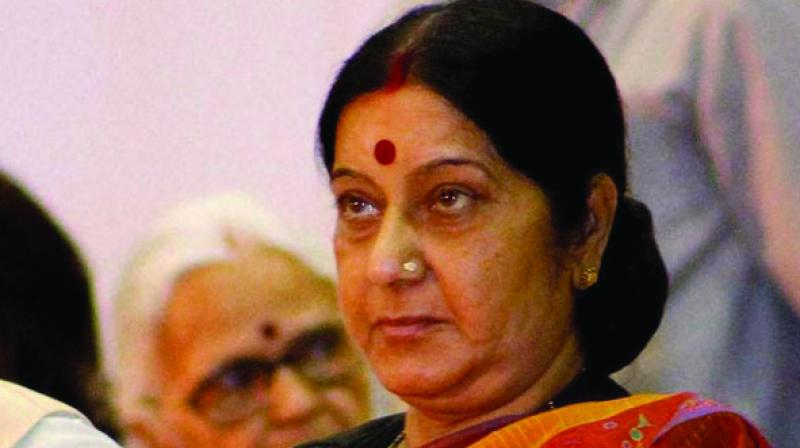 The senior BJP leader’s comments followed SP leader Khan’s alleged remarks at a rally in which, without naming actor-turned-politician Jaya Prada, he had said it took 17 years for people of Uttar Pradesh to understand her, but he knew in 17 days that she wears a “khaki underwear”.

Tagging a video of Khan’s remarks, Swaraj tweeted, “Brother Mulayam, you are the patriarch of the Samajwadi Party. In Rampur, Draupadi is being disrobed in front of you. Don’t commit the mistake of staying silent like Bhishma Pitamah”, referring to an incident from the famous Indian mythology Mahabharata.

Ms Swaraj also tagged SP president Akhilesh Yadav, who was allegedly present at the rally when Khan made the controversial remarks, his wife Dimple Yadav and film star Jaya Bachchan, who is also an SP leader.

Without naming the actor, Mr Khan had said at rally in Rampur “... You got represented (by her) for 10 years. People of Rampur, people of Uttar Pradesh and people of India, it took you  17 years to understand her reality. But, I could recognise it in 17 days that she wears a khaki underwear.”