The Congress which had seven of the eight seats in its kitty in Vijayapura, retained only three this time with three going to BJP and two to JD(S). 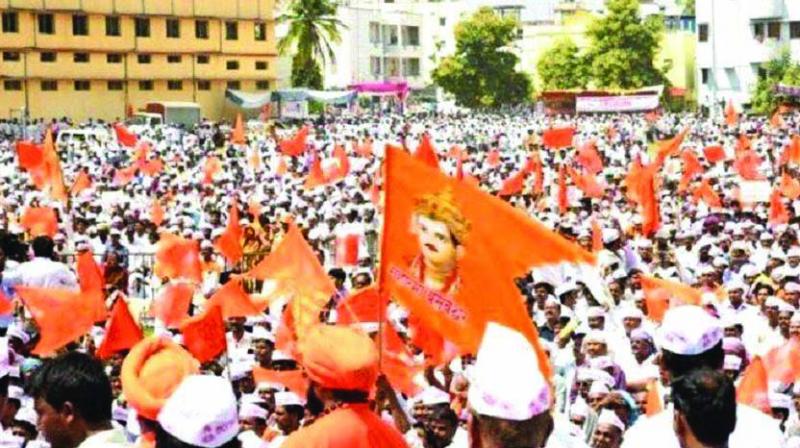 Basangouda Patil Yatnal, former union minister and a powerful leader of Lingayats in Vijayapura-Bagalkot region had opposed the movement strongly urging people of north-Karnataka to reject the Congress in the election.

Belagavi: The Congress party's over-enthusiasm in dealing with the issue of separate religion tag for Lingayats miserably backfired in the Lingayat-heartland of Mumbai Karnataka as it has been reduced to 17 seats against 34, which it was able to win during the last election. Despite Lingayat maths rallying behind the government in support of a separate religion for Lingayats ahead of the elections, several prominent Congress party leaders hailing from this community have bitten the dust.

Lingayat voters spread across the length and breadth of Mumbai-Karnataka's Belagavi, Dharwad, Bagalkot, Haveri, Gadag and Vijayapura district have voted for the BJP while ignoring some of the noted Congress leaders including many of those who were actively involved in the Lingayat movement. Some prominent Lingayat Congress leaders who paid the price include Mines and Geology Minister Vinay Kulkarni, five-time MLAs D.B. Inamdar and C.S. Nadagouda, Vijayanand Kashapnavar and J.T. Patil. At the end of counting of votes, BJP secured 35 seats against 17 of the Congress in Mumbai-Karnataka.

The rallies organised by noted Lingayat maths in many parts of Mumbai-Karnataka demanding a separate religion tag in the course of the last one year which drew massive response from the community, did give Congress the hope of securing its support in the election but it eventually backfired.

Congress efforts to take all important maths into confidence with the help of Ministers M.B. Patil and Vinay Kulkarni and gain from the Lingayat movement did not work.

A  majority of Lingayats did support the movement but realised later the Congress party's actual motive with elections round the corner. Most Lingayat candidates of the Congress party in this Lingayat heartland were rejected by voters of the community, who have been traditionally BJP voters.

Siddaramaiah government supported the movement with an intention to divide BJP's Lingayat vote bank and managed to get a huge response to many of its Lingayat rallies. A number of seers and noted mutts appreciated the efforts made by the Congress government for Lingayats but the government failed to convert the support which it got from the Lingayats at the rallies into votes,'' says a Lingayat leader Shivangouda Patil.

On the other side, realising that the Lingayat issue would backfire on the Congress, BJP's national leadership bolstered its election campaign in Mumbai-Karnataka to reap the benefits. Most BJP leaders headed by PM Narendra Modi and Amit Shah held a series of rallies in the region taking all Lingayats into confidence and accusing the Congress of trying to divide Lingayats for political gain. The BJP kept pressure on the Congress until election day and succeeded in hitting the Congress hard for politicising the Lingayat issue.

In Belagavi district, the BJP has won 10 of the 18 seats, five seats each in Dharwad, Bagalkot and Uttara Kannada, four in Haveri and three in Vijayapura district.

Basangouda Patil Yatnal, former union minister and a powerful leader of Lingayats in Vijayapura-Bagalkot region had opposed the movement strongly urging people of north-Karnataka to reject the Congress in the election. A sitting MLC, Yatnal joined BJP against the wishes of several top BJP leaders of Mumbai-Karnataka and won the election from Vijayapura constituency. The Congress which had seven of the eight seats in its kitty in Vijayapura, retained only three this time with three going to BJP and two to JD(S).

Fearing a backlash from Lingayats in Mumbai-Karntaka, Chief Minister Siddaramaiah had asserted repeatedly prior to the election that his government was not involved in the Lingayat movement but Lingayats themselves were demanding a separate religion. Merely two days before May 12, seers from all important Lingayat maths of Mumbai-Karnataka came in support of Siddaramaiah and his Lingayat cabinet ministers stating that the latter did not indulge in dividing Lingayat religion, and called upon devotees not to get carried away by the statements of a section of seers.