India   Politics  16 May 2018  Several options, precedents for gov: Which will he take?
India, Politics

Several options, precedents for gov: Which will he take? 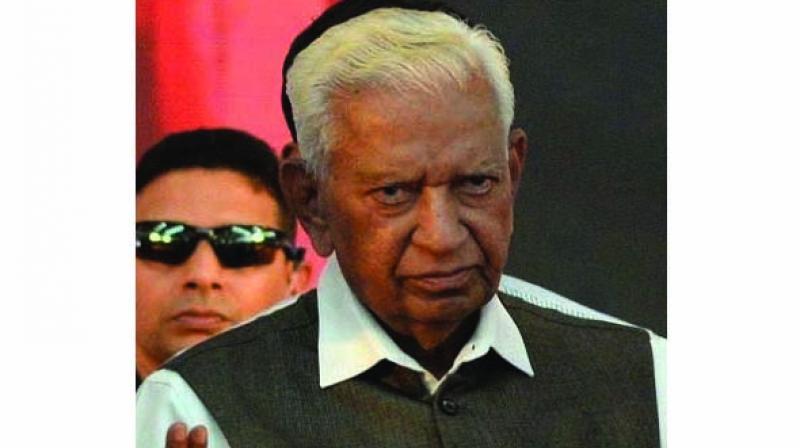 New Delhi: As Karnataka has thrown up a hung Assembly, all eyes are now on Raj Bhavan over what decision governor Vajubhai Vala takes regarding government formation in the state during the next few days.

The Congress has emerged as the second largest party with 78 seats in the 224-member Assembly and former Prime Minister H.D. Deve Gowda’s Janata Dal (Secular) is the third largest, with 37 seats.

Soon after it became evident that there would be a hung Assembly in the state, and the Congress and the JD(S) together would reach a tally of 115 seats — two more than the required 113 majority mark, the Congress offered to ally with the JD(S) and conveyed to the regional party that it was open to Mr Deve Gowda’s son H.D. Kumaraswamy becoming chief minister. The JD(S) too accepted the proposal and sought time from the governor. The BJP’s chief ministerial candidate, Mr B.S. Yeddyurappa, after talking to party president Amit Shah, also requested an appointment with Raj Bhavan.

By the evening, after having met both the delegations of the BJP and Congress-JD(S), Mr Vala is said to have told them that he would take a decision once he receives a communication from the Election Commission of India about the poll results.

Given the controversies generated by the decisions taken by governors after both Goa and Manipur had thrown up hung Assemblies last year (where despite emerging as the single largest party, the Congress was not invited by the governors, and the BJP with the help of allies formed  the governments in both states), it would be interesting to see what transpires in the next 24 to 48 hours in Bengaluru.

Interestingly, top BJP leader Arun Jaitley, in the context of last year’s hung Assemblies in Goa and Manipur, had said: “The governor is constitutionally right to invite the largest coalition to form the government.”

Going by the principles and procedures though, Mr Vala has several options before him regarding the political impasse in Karnataka. As per the Sarkaria Commission’s recommendations, that were affirmed by a Constitution Bench of the Supreme Court in Rameshwar Prasad vs Union of India in 2005, the governor can invite an alliance of parties that was formed prior to the elections.

Second, the governor can invite the single largest party which stakes a claim to form the government with the support of others, including Independents.

Third, the governor can invite a post-election coalition of parties, with all the partners in the coalition joining the government.

Finally, the governor can invite a post-electoral alliance of parties, with some parties in the alliance being a part of the government and the remaining parties, including Independents, supporting the government from outside.

The Justice M.M. Punchhi Commission on Centre-State Relations in 2010 had laid down certain guidelines to be followed in the appointment of a chief minister by a governor. It had said that the governor should invite the leader of “a pre-poll alliance commanding the largest number” or the “largest single party” to form the government in case no party or pre-poll coalition has a clear majority.

However, there have been cases in the past where parties having the support of the largest number of legislators have been preferred over the single largest party by governors. But these were disputed in terms of propriety and procedure.