Doctors' stir in WB enters 6th day, venue for talks with CM to be decided

As medical services in the state remained paralysed, Banerjee urged the agitators to resume work. 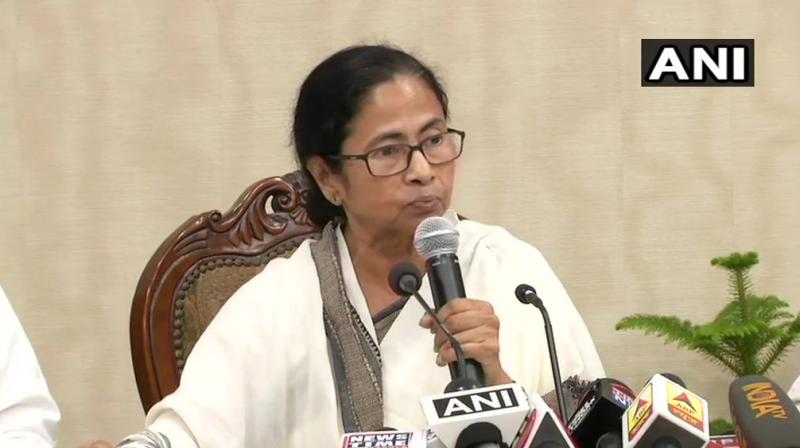 Bengal Governor K N Tripathi wrote to Banerjee advising her to take immediate steps to provide security to the medicos and find out a solution to the impasse. (Photo: ANI)

Kolkata: The impasse at the state-run medical colleges and hospitals in West Bengal entered the sixth day on Sunday, even as the agitating doctors asserted that they were open to talks with the government, the venue for which would be decided by a governing body of medical practitioners.

Earlier, the agitators had insisted that Chief Minister Mamata Banerjee visit the city's NRS Medical College and Hospital, the epicentre of the agitation. After an internal meeting late on Saturday, the doctors, who had turned down an invite for a closed-door meeting with Banerjee at the state secretariat, mellowed down and stated that they were ready to hold a dialogue in any form, but the venue of the meeting would be decided later.

"We will be deciding on our next step during a governing body meeting today. We are open to any dialogue as always. The venue for the meeting will be decided soon," a spokesperson of a joint forum of junior doctors told reporters here.

During a press conference at the state secretariat on Saturday, Banerjee urged the agitators to resume work and said her government had accepted all of their demands. She also stressed that a group of doctors had met her and expressed their willingness to join duty, a claim vehemently refuted by the striking doctors. During the meet, the chief minister emphasised that her government had not invoked the Essential Services Maintenance Act (ESMA) to get the doctors to resume work.

"We have laws, but we do not want to use them.... We are not going to take any stringent action against any of the agitating junior doctors and hamper their career," she said after the agitators did not turn up for a meeting at 5 pm.

The Ministry of Home Affairs has issued an advisory, seeking a report on the ongoing stir and stating that it had received a number of representations from the medical fraternity from different parts of the country for their safety and security in view of the strike in West Bengal.

Bengal Governor K N Tripathi has written to Banerjee, advising her to take immediate steps to provide security to the medicos and find out a solution to the impasse. The chief minister said she had spoken to the governor and apprised him of the steps taken by her government to resolve the matter. Doctors across the state called for a strike after two of their colleagues were brutally assaulted at the NRS Medical College and Hospital by the family members of a patient, who died on Monday night.

The services continue to remain affected in the emergency wards, outdoor facilities and pathological units of many state-run hospitals and private medical facilities in the state, leaving several patients in the lurch. The Calcutta High Court had, on Friday, refused to pass any interim order on the strike by the junior doctors. It had also asked the state government to persuade the doctors to resume work.