AICC tries to defuse crisis, says both must work together 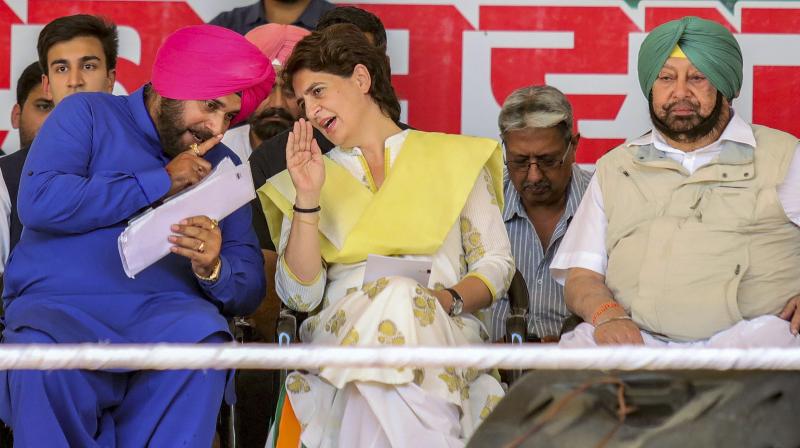 The crisis in Punjab was precipitated after the public utterances of disgruntled Congress legislator Mr Sidhu against the Congress government and the CM Captain Amarinder Singh. (Representational Photo:PTI)

The crisis in Punjab was precipitated after the public utterances of disgruntled Congress legislator Mr Sidhu against the Congress government and the chief minister of the state.

Rahul Gandhi has had several rounds of meetings with leaders as well as legislators from Punjab on the crisis. Mr Sidhu has met Mr Gandhi and Priyanka Gandhi, while Captain Amarinder Singh met Congress president Sonia Gandhi. Leaders in the know of things claim that it will be impossible for the Punjab chief minister to contest elections under the leadership of Mr Sidhu.

The major issue in the Punjab imbroglio is that Mr Sidhu has made it into a personal battle against his own chief minister. This has not only irked the leadership but has also demoralised the party cadres.

Insiders claim that the formula being worked upon included Mr Sidhu as the state unit chief along with two working presidents. Apart from being the chief minister, Captain Amarinder Singh will also hold the position of chief of the campaign committee.

The problem in Punjab Congress has been going on for more than two months now. Mrs Sonia Gandhi had constituted a high-powered committee to deal with the issue. All leaders, including the Punjab chief minister, have met the committee.

The Congress high command wants to end the Punjab crisis as soon as possible as elections are round the corner and the party should be seen united instead of fighting each other. Assembly elections in Punjab are slated for early next year.