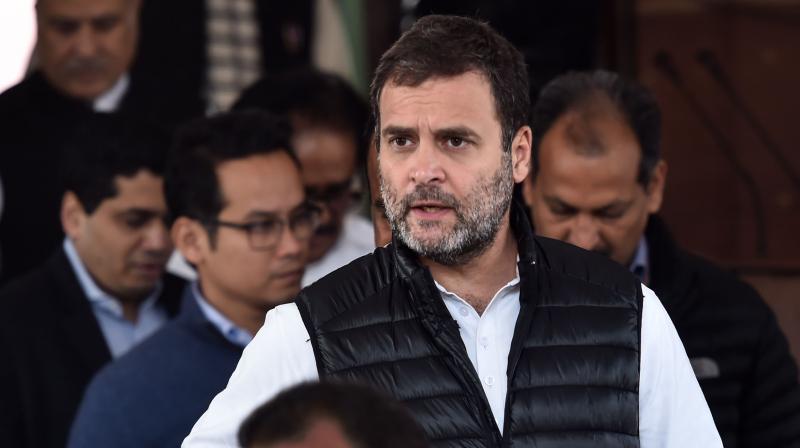 Taking to Twitter, the Congress leader wrote, "Everybody believes in the capability and valour of the Indian army. Except the PM: Whose cowardice allowed China to take our land. Whose lies will ensure they keep it."

The Congress leader has been repeatedly levelling allegations against the Prime Minister on the India-China standoff.

Earlier on July 27, the former Congress President had claimed that China has occupied Indian land, and hinted that the government is hiding the truth.

On Saturday, Congress leader Ahmed Patel had also criticised the Centre over the eastern Ladakh stand-off and said that the Defence Minister contradicted Prime Minister on the matter.

"Merely saying it is not enough. If they gave a response we are happy. We must believe what PM says but he and his government know the reality. The reality is not good. If they (Chinese soldiers) entered into our territory -Defence Minister said something and PM said something else," he said.

"They should at least take Opposition into confidence. If something has happened then what is there to be ashamed of? It happened earlier too. The action should be taken diplomatically, economically and they should be pushed back if they entered into this side," he added.