DMK sacks Elangovan as spokesperson, cites no reason for removal

The move comes hours after the party named him part of a seven-member panel authorised to give interviews to the media. 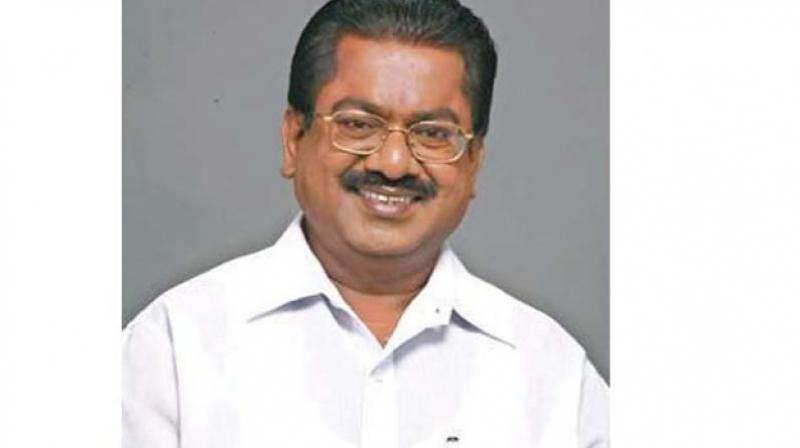 Party sources indicated that it was part of a 'streamlining exercise' to liaison with the media. (Photo: File)

Chennai: Rajya Sabha MP TKS Elangovan was relieved of the post of secretary, public relations, a party jargon that denotes the position of spokesperson, DMK said on Monday.

The main opposition party, however, did not assign any reason for relieving him from the position he has been holding for quite some time now.

According to news reports, Elangovan in an interview to news channels commented on the invitees for a proposed unveiling of the late DMK President M Karunanidhi's statue.

Elangovan mentioned that the Tamil Nadu CM Edappadi Palaniswami and Deputy CM O Panneerselvam of the ruling AIADMK will not be invited for the event.

He further went on to explain his stance by saying that the DMK was never invited for the birth centenary celebrations of former CM MG Ramachandran.

He added, "It is not a norm to invite AIADMK leaders. We have always invited allied parties,” reports stated.

Elangovan's comment was not in line with DMK which may have led to his removal, media reports stated.

A release by DMK general secretary K Anbazhagan merely stated that Elangovan was "relieved from the responsibility of secretary, public relations".

The move comes hours after the party named him part of a  seven-member panel authorised to give interviews to the media.

On October 13, the DMK had also named Elangovan first in a list of 23 members authorised to take part in television discussions and he was also part of a three-member "public relations committee".

Party sources indicated that it was part of a "streamlining exercise" to liaison with the media.